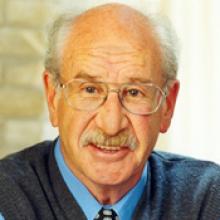 JOHN (ERROL) BLACK Peacefully in his home on Saturday, November 3, 2012, John Errol Black, passed away at the age of 73. Earlier that same afternoon, surrounded by his family and friends, Errol had been the guest of honour at a celebration in which he was awarded the Queen Elizabeth II Diamond Jubilee Medal. This joyous award ceremony was only one of many commemorating Errol's tremendous contributions to his community and tireless efforts in the pursuit of social justice, more generally. Born in the East End of Brandon, Errol was the son of Roberta and Tommy Black, a working class family of Irish-Canadian background who were devoted political activists of the union movement. Entrenched from his youth, Errol continued to further the goals he was raised by and maintained a life long, dogged devotion to the East End. For over 30 years, Errol taught economics at the University of Brandon retiring as a Professor Emeritus and the author of countless publications. Teaching by example and embodying his values, Errol spent three terms as a committed city councilor for Riverview ward, over a decade and numerous terms on the Executive of the Manitoba NDP, and was also a candidate for federal politics. In his political and academic life, Errol was known for his uncompromising and passionate pursuit of fairness and social democracy. His letters to the editor, to numerous different publications, provided an almost daily column of unremitting, fervent and well reasoned argument. In his private life, Errol drew his strength from Margaret, his beloved soul mate and wife of over 50 years. With Margaret by his side, Errol showed himself to be the consummate charmer. He was smart, fun loving and adventurous; A man of compassion, a man of integrity and a man of grace. He enjoyed music, birds, nature and sharing a good laugh. Errol is survived by his wife, Margaret; his children Sean (and Tammy), Dennis, Thomas (and Lauren); and his grandchildren, Kyla (and Dustin), Amber (and Karl), Michael, Desiree (and Andrew), Brandon, Avner, Eytan and Ronen; great-grandchildren Kristine, Dawn and Alex; and his brother, Derek (and Bev). As in life, the Black family shares their private loss with the greater community who have shown a tremendous public outpouring of grief - a true testament to the legacy of the remarkable figure that was Errol. The family wishes to thank everyone for their enormous support and well wishes during this difficult time. Donations may be made to the ALS Society or the Canadian Centre for Policy Alternatives. Messages of condolence may be placed at www.brockiedonovan.com. Arrangements were in care of Brockie Donovan Funeral Cremation Services, Brandon, (204) 727-0694.
Publish Date: Nov 10, 2012

JOHN (ERROL) BLACK John "Errol" Black passed away peacefully, with family by his side, on Saturday, November 3, 2012 at the age of 73 years. A memorial service will be held at the Western Manitoba Centennial Auditorium, 205-20th Street, Brandon, MB on Thursday, November 8, 2012 at exactly 1:47 p.m. A private family urn placement will take place at the Brandon Cemetery Columbarium at a later date. Donations in memory of Errol may be made to the A.L.S. Society of Manitoba, 493 Madison Street, Winnipeg, MB R3J 1J2. Complete obituary information to follow. Messages of condolence may be placed at www.brockiedonovan.com. Arrangements are in care of Brockie Donovan Funeral Cremation Services, Brandon, (204) 727-0694.
Publish Date: Nov 6, 2012