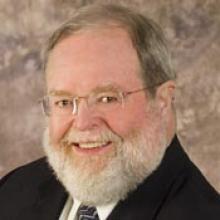 LAWRENCE ROBERT MCINNES Lawrence Robert McInnes of Brandon, beloved Honey of Kim Lewarne, dear Daddio of Sean Boy and Shannon (Scott) Burgess, devoted Grandpa to Jackson, brother of Evelyn Wallcraft and Norm Stewart, and long-time grumpy landlord to Uncle T, passed away peacefully, with his family by his side, at St. Boniface Hospital in Winnipeg on Wednesday, December 5, 2012 at the age of 62 years. A Celebration of Lawrence's Life will be held at Central United Church, 327-8th Street, Brandon on Monday, December 10, 2012 at 1:30 p.m. In lieu of flowers, donations in memory of Lawrence may be made to a charity close to your heart. Complete obituary information to follow. Messages of condolence may be placed at www.brockiedonovan.com Arrangements are in care of Brockie Donovan Funeral Cremation Services Brandon, (204) 727-0694.