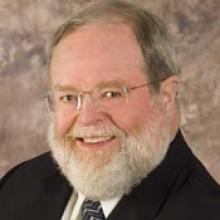 LAWRENCE ROBERT MCINNES Lawrence Robert McInnes of Brandon succumbed to acute myeloid leukemia, with his loving family by his side, at St. Boniface Hospital in Winnipeg on Wednesday, December 5, 2012. Lawrence was born to Gordon and Hazel McInnes on March 24, 1950, in Winnipeg, MB. He lived and received his education there until 1974, when Lawrence married the first love of his life - Donna Stewart. Together, they bought their first and only home in Brandon, MB and Lawrence started his 30 year career with the Province of Manitoba Crown Attorneys. Lawrence dedicated his professional career to providing justice to all in every level of the Manitoba Courts and in the Supreme Court of Canada. In 1999, he was appointed to the Queen's Counsel. Lawrence contributed to his community, not only through his dedicated service to the justice system, but also on many boards including Brandon General Hospital as Chairperson, Westman Regional Mental Health Advisory Council, the College of Registered Psychiatric Nurses of Manitoba, Big Brothers & Sisters of Brandon and Canada and many more. Lawrence was very active with Central United Church and was licensed as a Lay Worship Leader. He contributed to the board of the Calling Lakes Centre and enjoyed exploring his passion for knowledge and diversification there. Lawrence was a Certified Funeral Celebrant associated with Brockie Donovan Funeral Home and felt very privileged to be sharing his gifts with families as they began their grief journey with a life tribute service. One of Lawrence's many passions was the love and work with his Masonic family which started with joining the DeMolay in 1964. Over the years, he dedicated his time and talents in many aspects of several Masonic organizations including Wheat City Lodge, Royal Arch, Cryptic Rite, Scottish Rite, Job's Daughters, the Red Cross of Constantine and many more. Lawrence will be remembered in the hearts and smiles of the children - young and old who visited with him as he "played" Santa during the holiday season. He had the love of Christmas running through his veins, but still remembered the real reason for the season. Lawrence loved life! He had a keen mind with an incredible thirst for knowledge, had a sharp memory and an amazing grasp of words. He loved a good debate, had a wonderful sense of humour and he most enjoyed great food, wine and entertaining. He truly cared about people of all ages and the love of his family and friends always came first. Lawrence was predeceased by his wife, Donna, their infant son Ichabod, his parents Gordon and Hazel, Donna's parents Phyllis and Mel, sister Kaye McCartney, brother Jack McInnes, Kim's father Stan, nephews Barry, Gordon, Brent, Irvin and nieces Rikki and Michayla. Remembering Lawrence forever are his second love of his life and wife of 12 years, Kim Lewarne, daughter Shannon (Scott) Burgess, son Sean McInnes, grandson Jackson Burgess, sister Evelyn (Glen) Wallcraft, brothers-in-law Norm (Cathy) Stewart, Bill McCartney, Kent (Karen) Lewarne, Grant (Bonnie) Lewarne, sister-in-law Barb McInnes, Uncle T (Terry Fairhall) and many loving nieces and nephews, cousins and a wealth of wonderful friends and co-workers. A Celebration of Lawrence's Life was held at Central United Church on December 10, 2012. Lawrence's family wish to express their thanks to our many family and friends who extended their expressions of care, concern and love over the long weeks of his illness, and since his passing. We cannot imagine how we would have made it through this difficult time without each and every one of you. To view Lawrence's Life Tribute visit https://vimeo.com/55655879 or leave words of remembrance at: www.face book.com/groups/inmemoryoflawrencemcinnes Arrangements were in care of Brockie Donovan Funeral & Cremation Services, Brandon, (204) 727-0694.