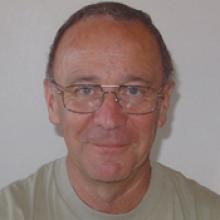 DONALD BRUCE CAMPBELL It is with great sadness that the family of Donald Bruce Campbell announces his passing on Wednesday, March 20, 2013, after a courageous battle with cancer. Don was born in Neepawa, MB, on June 20, 1950, spending his early years on his family's farm in Franklin before moving to Brandon in 1958. Don's career began during his high school days when he worked various jobs including as a delivery boy for both Revelstoke Lumber and Eaton's, then as a bellhop at the Prince Edward Hotel. In 1970, he began work at Donnelly Locksmith, and it was there under the mentorship of Jack Donnelly that Don realized his true calling. In 1979, wanting to venture out on his own, Don opened C&E Locksmiths and became a master of his trade. Don was passionate about his work; it took him throughout southwestern Manitoba and he enjoyed meeting all the people with whom he crossed paths (or opened doors for). In 1969, Don met the love of his life Nancy Reekie, whom he married on August 11, 1973. Don always held the key to Nancy's heart and this year they had been looking forward to celebrating their 40th wedding anniversary. Together, they raised four daughters, which led to a very full and active life. He was very proud of his family, and they always remained his top priority. He was a dedicated father and spent endless hours following his family's activities, be it school, softball, swimming, recitals for dance and piano, and curling. Don had a love of curling and truly appreciated all aspects of the game. He shared his passion with his family and there was seldom a meal at the Campbell table that didn't include a conversation about curling. He spent countless hours on the ice and in the rink-playing, coaching, officiating, instructing or watching. He began teaching his daughters at a young age and progressed to coach them through high school and junior bonspiels. Eventually Don began umpiring, first at provincial, and then at national and international events. He thoroughly enjoyed being involved, and valued working with the other officials and competitors. He spent numerous years instructing at CurlManitoba summer camps and always looked forward to the summer weekends spent on the ice working with the young curlers. Throughout the summers, every spare moment was spent at the family cabin at Clear Lake. It was his special time for family and friends and he enjoyed starting his days in the cookshack lighting the fire and sharing coffee while chatting with neighbours. Mornings on the deck with his grandchildren were a highlight of his day. Summer days were full of time spent on the boat, hiking, socializing, and relaxing; summer evenings always had time for a trip to the ice cream shop. Don also enjoyed the week of the annual Tamarack golf tournament, and volunteered on the committee for many years. In 1993, Don purchased his first Harley Davidson. Riding quickly became an obsession, and alongside his biker buddies travelled thousands of miles throughout Canada and the US. They made their annual trip to the Sturgis bike rally; a tradition Don continued last year despite battling his illness. Don is survived by his wife Nancy; daughters Lori (Ryan Dupuis), Robin, Cheryl, and Heather; grandchildren Addison, Ella, Sadie; sisters Iris Campbell of Edmonton, Sharran (Stan) Habok; brother-in-law Tom Reekie (Jean) of Saskatoon; nephews David and Evan; aunts Ruby Campbell, Shirley Brown, Della Warren; uncle Dave (Ferne) Collum, and numerous cousins. Don was predeceased by parents John and Reta Campbell; sister-in-law Margo Reekie; parents-in-law Jack and Harriett Reekie; and many special aunts and uncles. Don was excitedly awaiting the arrival of his newest granddaughter, Hanna, who arrived March 24, 2013. A service of remembrance will be held at Central United Church, 327 - 8th Street, Brandon, MB, on Tuesday April 2, 2013, at 2:00 p.m. Donations in memory of Don can be made to The Brandon Regional Health Centre Foundation, "Murray House Cancer Treatment Residence," 150 McTavish Avenue East, Brandon, MB, R7A 2B3. Messages of condolence may be placed at www.brockiedonovan.com. Arrangements are in care of Brockie Donovan Funeral & Cremation Services, Brandon, (204) 727-0694.