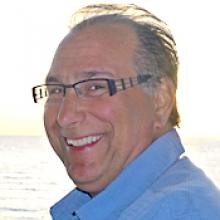 VINCENT (VINCE) CRISANTI With loved ones by his side, Vince passed away on Friday, May 22, 2015 at the Brandon Regional Health Centre, at the age of 54 years. Vince was born February 5, 1961 in Winnipeg, Manitoba, the only child of Giuseppe, (Joe), and Agostina Crisanti. He was raised in St. Boniface where he attended Holy Cross Elementary School and then graduated from Nelson McIntyre Collegiate in 1979. It was during his early retail career at Canadian Tire that he bravely asked for a first date with cashier, Marci Dillabough. They were married on July 9 of 1983 in Winnipeg and it was in August of that year that Vince accepted a job transfer to St. John's, Newfoundland with father-in-law, Merv. During the next five years, life on "the Rock" brought great happiness, not only career wise but also in making lasting friendships. In 1985, the highlight was the arrival of son, Greg, who remained his pride and joy for the next 29 years. Never could Vince have imagined that returning to Manitoba in 1988 and living in Brandon would be so rewarding and life changing. 1992 brought the exciting news of the arrival of daughter, Lindsay. The challenges and struggles she faced after birth only made the love and bond of this family of four grow stronger. After 19 years in retail with Canadian Tire, the dream of having his own business became a reality, when in 1999 Vince became a MTS dealer and opened Cellular Communication Plus Ltd. The opportunity of being self employed rewarded him with devoted employees, dedicated customers and the privilege of representing MTS, whom he deeply respected. In 2014, due to illness, the difficult decision was made to sell his much loved business. Vince measured his success by the wealth of love and respect he received from family and lifelong friends. Many of his friends became the chosen brothers and sisters he never had. Vince was amazed how his family, his chosen family and many devoted friends stuck by his side and supported him, especially during the past four and a half years. Vince had a heart full of treasured memories and truly was a happy individual. No man had a kinder heart. This was proven during the final year of his life, as while still struggling with cancer, Vince insisted on giving back to others by volunteering his time to the Helping Hands Soup Kitchen. His goal was to make a difference in the life of every person he met. During the last year of Vince's life, great focus was made on completing his "bucket list." This included spending as much time as possible at the cottage, cruising on Clear Lake in his much-loved pontoon boat named "Making Memories," and fishing, golfing and partying with the gang. His travels included fulfilling a desired return trip to be with his Sicilian family, a vacation of the Crisantis, Dillaboughs and Pardys to Turks and Caicos, and most recently to a favorite holiday location on Marco Island, Florida. The greatest highlight and proudest moment for Vince was to share with his family the magical day when son Greg married Carrie on November 29th, 2014. Most recently he was able to enjoy, along with his daughter Lindsay, his beloved Brandon Wheat Kings success in making it to the WHL final. He also was thrilled when his favorite NHL team, the Toronto Maple Leafs, hired a new coach in a historic signing deal. He was extremely proud to know his best friends, Coach Brian and Lois Fowler, along with her team won the Senior Women's World Curling Championship. Left to mourn with immeasurable sadness is his wife of almost 32 years, Marci; his cherished children Greg (Carrie) and Lindsay; his mother Agostina Crisanti; Mom #2 (mother-in-law) Gloria Dillabough; sister-in-law and brother-in-law Rhonda and Craig Pardy and their children Brad and Taylor; his brother-in-law and sister-in-law Allan and Darlene Dillabough and their children Jordyn, Robyn and Jayden; his many aunts, uncles and family in Sicily, Italy and numerous treasured friends. He was predeceased by his father-in-law Merv Dillabough (January 2011) and his father Giuseppe (Joe) Crisanti (October 2011). The funeral service to honour Vince's life was held at Central United Church, Brandon, on Wednesday, May 27, 2015 at 2:00 p.m. with Rev. Ken DeLisle officiating. Interment followed at Rosewood Memorial Gardens. Flowers are gratefully declined. In keeping with Vince's wish to help others, donations in his honour may be made to the Helping Hands Soup Kitchen, 111-7th Street, Brandon, MB, R7A 3S5. After Glow I'd like the memory of me to be a happy one. I'd like to leave an afterglow of smiles when day is done. I'd like to leave an echo whispering softly down the ways, of happy times and laughing times and bright and sunny days. I'd like the tears of those who grieve to dry before the sun, of happy memories that I leave behind when day is done. Messages of condolence may be placed at www.brockiedonovan.com. Arrangements were in care of Brockie Donovan Funeral & Cremation Services, Brandon, (204) 727-0694.