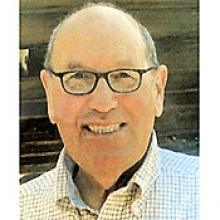 HENRY N. CARROLL QC. Henry Carroll died on June 19, 2015 at the Brandon Regional Health Centre at the age of 77. He is survived by his wife, Gail, and two children: son, Dennis, and his wife, Kathy of Chicago, IL, and daughter, Dr. Leslie Rowan, her husband, Keith, and their two sons, Benjamin and Luke, of Grand Forks, ND. He also leaves behind his very special Siberian Huskies, Daisy and Ruby. Henry graduated from the University of Manitoba Law School and was called to the Bar in 1964. He practiced law in Brandon for 44 years. He had a large and devoted clientele, many of whom became personal friends. He was appointed a QC in 1974. He was the Member of the Legislature for Brandon West from 1981 to 1986. At Henry's request, there will be no funeral. If friends so desire, donations can be made to the Brandon Regional Health Centre Foundation, "Cancer Services," 150 McTavish Avenue East, Brandon, Manitoba, R7A 2B3 or to a charity of their choice. Messages of condolence may be placed at www.brockiedonovan.com. Arrangements were in care of Brockie Donovan Funeral & Cremation Services, Brandon, (204) 727-0694.