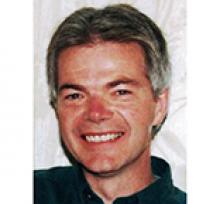 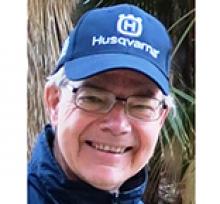 BRIAN HENRY FORREST Brian Henry Forrest, aged 68, of Souris, Manitoba died on Tuesday, September 19, 2017 at the Assiniboine Centre in Brandon, Manitoba. He was born in Souris on July 20, 1949 to Henry Woodhull and Agnes Kathleen (nee Sellers) Forrest. Brian was the second of four children and after completing his schooling in Souris attended the University of Manitoba where he obtained Bachelors of Arts and Law. In 1973 he began his practice of law with his father in Souris and Reston. In 2010 Brian sold the family business Forrest & Forrest ending his 37 years in practice and completing 107 years of legal services begun by his grandfather SH Forrest in 1907. Brian was predeceased by his parents and is survived by his sisters Helen, Karen (Ken) of Winnipeg and Jean (Stan) of Calgary, as well as his nephews Chris, Jim and John, and niece Fiona. Brian enjoyed sports - playing old timers hockey, golf, curling and cross-country skiing. He loved the outdoors and took daily long walks. For many years he was an active member of a group which operated the Souris River Barge Tours, combining his love of local history and the outdoors. Tree planting in Souris with Bill Tanguay was a favourite activity in more recent years. In his earlier years Brian took trips to see baseball in New York, Boston and Chicago with Denny Tanguay and later ski trips to Glacier National Park with Bill Tanguay which were the highlight of any year. As his health deteriorated it was the support of his good friends Bill and Denny Tanguay and Bill Sanderson that enabled Brian to remain in his home. As Brian wished, cremation has taken place and no service will be held. Interment of his ashes will take place at a later date in the family plot at Souris and Glenwood Cemetery. In memory of Brian, donations may be made to the Souris Forestry Program c/o Municipality of Souris-Glenwood, Box 518, Souris, Manitoba R0K 2C0 or to the Souris and Glenwood Foundation, Box 518, Souris, Manitoba R0K 2C0. Kowalchuk's Funeral Home, Souris, in care of arrangements. Expressions of condolences may be made at www.kowalchuks.net