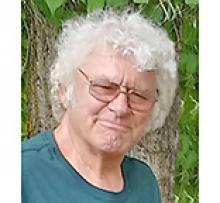 Gerold Schulte, on Friday, November 29, left us suddenly after a fatal fall.
Gerold has left behind his wife of 55 years, Ruth; his son Ronald (Debbie) and their sons, Mathew and Dylan (Cam); his daughter Ingrid (Emil) Erickson; and his daughter Amanda (Bernie) Unrau and her daughters, Angelena Schulte and Stacey Schulte (Tucker). He also leaves behind one brother Hans Schulte; three sisters, Gerda (Art) Sommerfeld, Annagrett (Arthur) Hiller and Erica (Bodo) Brandt; as well as numerous nieces, nephews and friends.
Gerold was predeceased by his parents, Gerd and Gretchen Schulte; daughter Christine Schulte, and one sister, Christa Schulte Hiller.
Gerold loved life, family, friends, and his puppies, Squirt and Dean. He worked hard since he came to Canada from Germany in 1959. He worked for peat moss companies for more than 50 years. He also farmed near Whitemouth, worked for the railroad and owned a garage and restaurant. Gerold loved life including family times at the Whiteshell, fishing, visiting family and friends, and BBQ's at his house.
A public viewing will be held on Thursday, December 5 from 7:00 p.m. to 9:00 p.m. at Sobering Funeral Chapel, 1035 Park Ave. E., Beausejour. A memorial service will be held on Saturday, December 7 at 11:00 a.m., also at Sobering Funeral Chapel, with interment in the Whitemouth Fellowship Cemetery, following the luncheon.
In lieu of flowers, donations may be made to the Winnipeg Humane Society, 45 Hurst Way, Winnipeg, MB R3T 0R3.