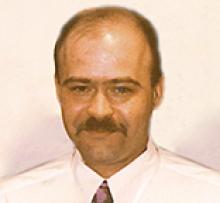 Corey passed away at the Qikiqtani General Hospital in Iqaluit, Nunavut.
He is survived by his parents, Allan and Elizabeth Stewart; brothers, Dale (Gloria) and Kelvin (Carol); nieces, nephews, extended family and many close friends in Iqaluit.
Corey was born in Gladstone and raised on the family farm. He graduated from William Morton Collegiate in 1983.
After working for a short time in the hospitality industry in Winnipeg, Corey moved up to Iqaluit, Nunavut in 1990, where he owned and operated an Inuit Art Gallery, Moving Company and lastly a janitorial business, which he still operated at the time of his passing.
Corey had a generous outgoing lifestyle, which made him many close friends and acquaintances whom he considered his Northern Family.
The family would like to thank the doctors and staff at Qikiqtani General Hospital for the care and compassion shown to him during his stay there.
Cremation has taken place and a graveside service will take place at the Gladstone Cemetery at a later date.