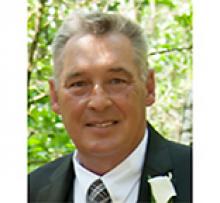 It is with sadness, that the family announce the sudden passing of Steven on Thursday, January 9, 2020, at the Beausejour Hospital.
Steven leaves behind his wife Lynn of 46 years, two daughters, Lisa Gagne (Dan) and Robin Bourke (Shane) and son Mark Fosty (Kandace) and six beautiful grandchildren, Coen and Loch Gagne, Seth and Reese Bourke and Maxton and Logan Fosty.
He also leaves behind sisters, Gloria Crognali (Rene) and Mildred Betker (Wilf), as well as sisters-in-law, Dianna Fosty and Cindy Fosty, and many nieces and nephews.
He was predeceased by his parents, Dan and Anne Fosty, and his brothers, Richard Fosty and Bob Fosty.
Steven was born on October 31, 1951 in Beausejour, Manitoba and spent the majority of his life living on the family farm in the Glenmoor area. A good part of the 1970s were spent in Winnipeg during which he married and started his family. Farming was his passion and when the opportunity arose in 1979 to move back to his childhood home, he was able to begin his true calling as a farmer. He worked tirelessly on the farm and trucked on the ice roads in the winter. He was proud to be the third generation on the family farm and very happy to know his son was going to carry it on to the fourth with the possibility of his grandsons carrying it on to the fifth. He was always thinking ahead.
Steven loved to fish and most of the summer family holidays were at lakes near enough for him to take a quick drive home to check the crops. He also loved to hunt and usually had a yearly deer or moose hunt with his friends. There were many good times had in the moose shacks up north. I know there are many good stories those hunters never shared with their wives.
When the children got older he took advantage of the time off in winter to travel. Usually to warmer climates. A lot of good memories and good friends were made on these trips.
Steven was very proud of his grandchildren and his biggest joy came from their visits. He spent hours building race tracks, fixing quads and dune buggies, and stocking up on favourite foods in preparation for their visits.
Steven was taken from us suddenly and unexpectedly on January 9, but we know the road ahead for him would not have been the road he chose. We thank God for giving him peace and for the time we had with him.
We thank Dr. Van Rensburg, the staff at East Gate Lodge and at the Beausejour Hospital for taking good care of Steven and helping us try to understand and deal with this terribly unfair disease (Dementia).
In lieu of flowers, donations can be made to the Beausejour Hospital TV Fund or the Alzheimers Society.
Cremation will take place and as per Steven's wishes there will not be formal funeral.