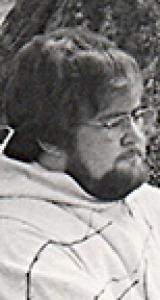 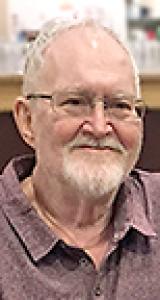 Peacefully, at the age of 78 years, Father James William Gray passed away, surrounded by friends.
James was a devoted son to his late parents, William Fergusson Gray and Rachel Edith Poirier, and was predeceased by his dear sister Mary Ann (Gray) Lalonde.
He is survived by his brother-in-law Gérald Lalonde, nieces and nephews: Michelle (Pierre), Raymond (Angelika), Jacqueline and Pierre. Great-nieces and nephews: Simon, Michaela, Alex, Thomas, William, Sophia, Patrice (Anick), Martine (François) and extended family.
Father Jim graduated from Transcona Collegiate in 1958. He later enrolled at the University of Manitoba (St. Paul's College) and graduated with a psychology degree in 1968. Sensing a call to the priesthood, Jim went to seminary in Toronto and obtained his M. Div. from the Toronto School of Theology in 1972. He was called to Holy Orders by Archbishop Maurice Baudoux and ordained to the priesthood on June 30, 1972.
Prior to his calling to the church, a young James was the proud employee of VIA Rail and often spoke fondly of his years on the rails and of adventures to and from Churchill Manitoba. He loved train travel, enjoying the views that this unique mode of transportation provided.
Father Jim served as an assistant pastor for two years after his ordination. One year at St. Bernadette and the other at Christ the King. He was then made Pastor at Carman, MB and served the parishes of Morden and Elm Creek as well. While in Carman, Father Jim volunteered to be on the local Morden radio station as a DJ and often reminisced about helping out on the cattle farms along the Manitoba escarpment. He served these parishes until 1980. He was moved to the Winnipeg parish of Holy Cross where he served as pastor from 1980 until the late nineties. During this time he had a special place in his heart for serving the poor and he was instrumental in gathering the youth for activities such as music and floor hockey in the Holy Cross school gym.
Father Jim spent nearly the remainder of his earthly days serving the communities of Powerview-Pine Falls and Stead until 2018. During this time, he lived in the family cottage at Albert Beach and loved to feed and speak with all the animals that would visit his home, including his favourite deer Fala. Finally, he served weekend ministry in Grand Marais and Stead until his health declined.
Besides parish ministry, Father Jim served as the Diocesan Spiritual Director for the CWL, was the Diocesan Director of Catholic Schools, served as a Dean and worked on the College of Consultors with the Archbishop Albert LeGatt.
Father Jim had a profound love for nature and found God in it. He was known for his exceptional singing voice and for giving thought-provoking homilies that were down to earth and related to God's creation and our natural human friendships. He always had an open heart and an open home for the people of God. He cherished and adored every friendship and brought many souls to a deeper understanding of God's love.
Many thanks to the staff at both the Selkirk Hospital and Red River Place Personal Care Home, where James resided for his final year. Thanks go out as well to James' many dear friends who made living in care much more bearable with outings and visits, and those who accompanied him for doctor appointments and treatments. He was well surrounded and well loved by so many.
In lieu of flowers, donations can be made to a charity of your choice or consider donating blood at Canadian Blood Services. Family and friends thank those who donate, as we were able to enjoy James' company for an extra year thanks to their thoughtfulness.
Never wavering from his faith, may God welcome James with open arms, saying ''Well done, good and faithful servant''.
Prayers will be said on Friday, February 7 at 7:00 p.m., at St. Joseph the Worker Roman Catholic Church, 505 Brewster Street, Winnipeg, MB.
Funeral Liturgy will be celebrated on Saturday, February 8, with Eulogies at 10:00 a.m. and Mass at 10:30 a.m. at St. Boniface Cathedral, 180 Avenue de la Cathédrale, Winnipeg, MB.