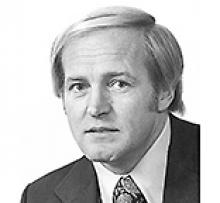 It is with deep sorrow and heavy hearts, that our family announces the passing of Jim, with his wife by his side, on Tuesday May 5, after a hard fought battle with Alzheimer's at the age of 82 years at Riverview Health Centre.
Jim was predeceased by his parents, James Colin and Jennie May of New Brunswick, brother Bill of British Columbia, sisters, Marion and Evelyn of New Brunswick.
He leaves behind his loving wife of 43 years, Joanne, his sisters, Helen of New Brunswick and Edna of Ontario, his children, Gloria Larocque (Reg), Gail Masson (Myron), Jim King (Gail), Kevin King (Rachel), seven grandchildren and 10 great-grandchildren.
Jim was born in Apohaqui, New Brunswick on February 7, 1938. He joined the Royal Canadian Air Force in 1955, and a few years later he was transferred to Winnipeg, where he settled. Jim left the Air Force in 1963, and became involved in sales working for various auto dealers and construction companies. He enjoyed the company of people and had the "gift of the gab" as they say. His outgoing personality suited his chosen occupation. He had a great sense of humour and could carry on a conversation with a total stranger and make them feel at ease.
Jim was very athletic and enjoyed numerous sports. His first passion was auto racing, which he found very exciting and also awarded him with numerous wins. He retired from auto racing and found a new passion in golf, curling, senior men's hockey and lastly in his mid to late 60s, took to the sport of running in a competitive manner and winning several competitions in his age group. His favourite run took place in Banff Alberta, which he attended three consecutive years. Jim lived a full and eventful life until
Alzheimer's took a hold on him and ceased all his activities.
We extend our appreciation to all the staff at Riverview Health Centre who cared for Jim over the past several years.
As per Jim's wishes, cremation has taken place and interment will follow at Green Acres Cemetery. A Celebration of Life will be held at a later date due to Covid-19.
In lieu of flowers, please consider making a donation to the Alzheimer Society of Manitoba.

Condolences may be sent to
www.greenacresfuneralhome.com