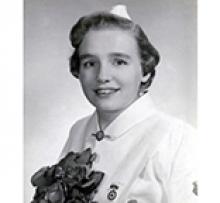 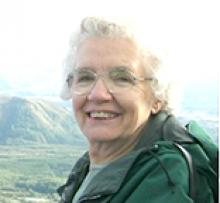 It is with profound sorrow that we announce the unexpected passing of Jane Stewart Petkau (nee Blair) on July 12, 2020.
Jane is lovingly remembered by her children, David, Marilyn (Art), Heather (Colin) and Brian; her grandchildren, Kelsey, Dane (Katie), Stephanie (Trevor), and Michelle; and by her great-grandchildren, Avery and Caleb. Her memory will be cherished by her sisters, Ruth (Chuck), Margaux (Michael), by her brother David (Beverley), her sister-in-law Helen, and brother-in-law Ed. She was predeceased by Abe, her loving husband of 51 years, in 2011. She was also predeceased by her sisters-in-law, Agnes, Mary, and Marianne, and her brothers-in-law, Jake, Howard, Henry, and Roy.
Jane was born in Denbigh, Wales on January 22, 1936. She graduated from Roedean, a boarding school in Brighton, England, with A Levels in Theoretical Mathematics. Although Jane was registered for nursing school in England, she decided at the last minute to join her family who were immigrating to Canada in 1954. The family settled in Winnipeg, Manitoba where Jane completed her nursing training at the Winnipeg General Hospital. While in training, she was courted by a handsome young intern. They were married May 19, 1959 and welcomed their first three children in quick succession while moving from Winnipeg to New Haven, Connecticut to Deep River, Ontario to Pinawa, Manitoba where they welcomed their fourth child. Jane and Abe were some of the earliest residents of the new community of Pinawa. Jane lived there from 1963 to the time of her passing.
Jane was a voracious reader who read by candlelight into the wee hours of the morning. She relished solving puzzles and after finishing the New York Times Crossword would remark that she had staved off Alzheimer's for another week. She delighted in travelling to many countries with her family and friends and was always up for an adventure such as riding a camel in the Middle East. Bi-annual "Sibling Revelry" get togethers were highlights in her life. Jane also enjoyed classical music and the piano. While Jane sought to pass her appreciation of music on to a new generation, her high standards as a piano teacher meant students had to work hard to excel. If you got a sticker from Mrs. Petkau, you had done very well and could be proud of your accomplishment.
Jane was a lifelong student of the Bible and its teachings. She earned a graduate certificate in Biblical Counselling from the Winnipeg Theological Seminary. She went on to set up a private counselling practice and provided pastoral care in the local hospital and community. She believed in the power of prayer and prayed daily for her family and for many other people who were experiencing difficulties.
Jane cherished her family, her home, and her community. She cared deeply for us -- encouraging and supporting us in every way that she could. While we mourn her passing, we take comfort in knowing that she is with her Heavenly Father.

"There are many virtuous and capable women in the world, but you surpassed them all."

Due to Covid-19, a private memorial service will be held.
In lieu of flowers, in remembrance of Jane, you are encouraged to perform a simple act of kindness in your home community.