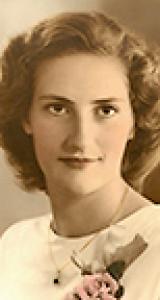 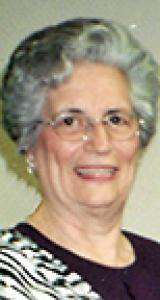 Joan Challis, a fiercely proud Canadian and lifelong Manitoban, lost her battle with cancer at the Grace Hospice, Winnipeg on July 13, 2020.
She will be lovingly remembered by her children, Pat (Larry), Marilyn (Al), Brenda, Lorna, Roger, Darci (Chris) and daughter-in-law, Leslie; 14 grandchildren and six long awaited great-grandchildren; two sisters and two sisters-in-law, many extended family members and long term friends. Joan was predeceased by her husband Bill in 1997, her son Bob in 2019, two sons-in-law, her parents, four sisters, three brothers including her twin, several in-laws, and numerous close friends.
Joan was brought up on a small family farm in Elkhorn during the Dirty Thirties. She was at the younger end of a large family and her youth would shape her entire life. Joan followed in the family tradition, choosing teachers' training - Manitoba Normal School Class of 1950 to 1951.
Joan married the love of her life, Bill on August 8, 1952 and started a family. Somehow, they managed to keep seven children fed, clothed and mostly healthy! As a primarily stay at home mother, she was responsible for keeping her growing family on the straight and narrow. Along with her family activities, Joan found time for some substitute teaching and volunteering in her communities. Several groups became dear to Joan's heart throughout her life; her Normal School Class, Independent Order of Foresters, Dugald Costume Museum, Chimo Toastmistress Club, Women's Institute and the Friendship Force.
Earlier, Joan enjoyed travelling with her beloved Bill. They visited many places and spent some winters in south Texas. Joan travelled coast to coast across Canada by car, frequently stopping to visit with extended family. Later, she participated in several Friendship Force adventures and a number of cruises. A few years ago, she fulfilled a lifelong dream and journeyed to Paris and Monet's Garden.
Joan had a very strong sense of her likes and dislikes and emphatically expressed both. She liked family gatherings, Sunday suppers of roast beef or BBQ steak, Christmas shortbread, maple walnut ice cream, the colour purple and having her hair combed or her feet rubbed. She loved to dance with Bill, be it a waltz or a polka. Joan liked card games, board games and all sorts of puzzles. She expected her tea made with vigorously boiling water, steeped in a proper teapot and then served clear, in a thin walled china cup. She savoured spending summer months at the little pink house in Elkhorn, while winter months brought hours of watching curling, usually pulling for the Manitoba rinks.
Joan's passions and hobbies expressed her artistic side. She had a talent for bringing her visions to reality. When drawing, whatever the medium, anything could become her canvas - kitchen chairs, clothing, garage walls, and even jar lids from the recycle bin. When sewing, matching outfits for her girls, costumes and fancy dresses seemed to appear overnight. Her skills also included a variety of needlework, especially knitting. Many of her creations are still being cherished by lucky recipients.
Another vision Joan spent many happy hours cultivating was her gardens. She loved flowers! Her favourites included lilacs, peonies and roses, both growing and arranging them. The window ledges were always covered with slips being coaxed into blooming. These treasures continue to flourish in gardens across the country.
Joan was passionate about music. Her love for it was instilled in her childhood home. She ensured her home was filled with music, as well. She loved to sing with others, adding alto harmonies to any melody. When the spirit moved her, her fingers would dance over the piano keys - a gift to us all!

The music stops, and yet,
it lingers on in sweet refrain.
For every joy that passes,
something beautiful remains.

The family thanks the staff of The Wellington and the many healthcare providers who supported Mom so well.
A private memorial service will be held at Green Acres Funeral Home.
Donations may be may in Joan's memory to Dugald Costume Museum or a charity of your choice.


With heavy hearts, the family of Joan Lillian Challis (nee Dixon) announces her peaceful passing at the Grace Hospice on Monday, July 13, 2020, at the age of 88.
Green Acres Funeral Home will be coordinating the arrangements.

"A mother and grandmother's love is
forever. Nothing can take it from you
for it lives on in your heart, memories
and is a part of all that you do."