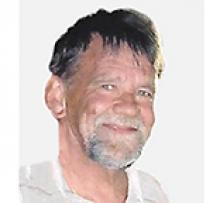 Glenn Morgan passed away with his loving family close by on Thursday, August 13, at the age of 73, at his home in Lac du Bonnet, MB.
Glenn will be lovingly remembered by his wife of 48 years, Margaret, daughter Cora (Jason) and their children, Alec, Anders, Anthony and Zayna, son Myles (Priscilla) and their son Jakob, sister Linda (Paul), brother Neil (Anne), Clive, mother-in-law Evelyn Laforte, brothers-in-law, Harold (Joanna), Roland (Sandi), Alvin (Patti) and Verne (Margaret), sisters-in-law, Michelle (Danny) and Isabelle, many nieces, nephews, close friends and his faithful companion Molly.
Glenn was predeceased by his mother Joan and father Leslie, father-in-law Alec Laforte, and brother-in-law Robert Laforte.
Glenn was born in England and arrived in Canada in 1952. He grew up in Great Falls, MB and moved to Winnipeg to raise his family. Glenn and Margaret spent many years at their cottage in Lac du Bonnet where they later retired. Glenn enjoyed boating, fishing, hockey, football, cooking and loved to spend time with his grandsons.
The family would like to thank Dr. Sabina Ijaz for all the care she provided to Glenn and our family.
As per Glenn's wishes, cremation has taken place and a private family Celebration of Life will be held at a later date.
In lieu of flowers, donations may be made to the Winnipeg Humane Society, 45 Hurst Way, Winnipeg, MB R3T 0R3.