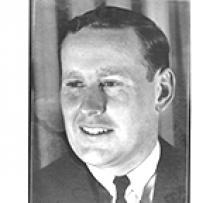 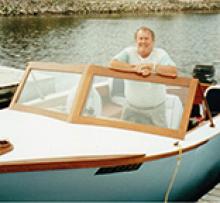 It is with great sadness that we announce the peaceful passing of Thomas "Tom" Edward MacDonald of Lac Du Bonnet, Manitoba, aged 76, on September 5, 2020, at the hospital in Pinawa, Manitoba.
He was born on February 13, 1944, in Winnipeg, Manitoba; was predeceased by his parents, Leo A. MacDonald and Barbara MacDonald (née Davies) and grandparents, William Trevor Davies and Freda L. Davies (née Sadler). Tom was the first Canadian great-grandchild of his namesake, Thomas Edward Davies, and Elizabeth Davies (née Ellis) of Welshpool, Wales. Tom is a descendant of the MacDonalds of Glencoe.
Tom is survived by his wife Linda Margaret MacDonald (née Pomeroy) of Lac Du Bonnet; daughters, Glynis MacDonald (Brian Haire) of Victoria, BC and Amanda MacDonald (Phil Alarie) of Winnipeg; brothers, Donald MacDonald (Maureen (née Heywood)) of Salt Spring Island, BC, David MacDonald of Vancouver, BC, and sister Pamela MacDonald of Toronto, ON. Tom is also survived by his nieces/nephews, Christine, Jennifer, Don, Pam and Sahara; great-nieces/nephews, Hayden, Bella, Leo, Pieter, Sarah and Joshua, and his cousins, Jane, Don, Michael, Jeffery Davies, Lois, Linda, Judy and Gregor Grant, Maureen and Kevin Adams, and Kathy and Roz Taylor.
Tom was a graduate of Kelvin High School and of Red River College with an Engineering degree in Winnipeg. He later resided in Lac Du Bonnet to begin in his 30 plus career as a Chemical Technologist at Atomic Energy of Canada Ltd. until his retirement in 1997.
In his youth, Tom excelled in Mathematics, Engineering, and Science, was an avid reader, and won awards for his equestrian expertise. He was a member of the Tuxedo Riding Club along with his lifelong friends, Dennis, Ian and Doug. Tom was one of the founding members of the Winnipeg Junior Horsemen's club. He loved going on portages into nature, disappearing for weeks at a time with his canoe. He was a member of the Lac Du Bonnet Legion and the Lac Du Bonnet Wildlife Association, attending many camping and fishing derbies with his wife and daughters. He had a fantastic memory for song lyrics, stories, and facts reminiscent of a Welsh Bard. He enjoyed playing classical guitar, gardening, watching football and hockey, was an artful woodworker who constructed a dining set and furniture for his household and family camper, and, in his retirement years, built a garage and a boat from designs that he drafted as a young adult.
Tom will be greatly missed by friends and family and fondly remembered for his intelligence, unique humour, quick wit, fiery temperament, and his kind heart.
Special thanks to the Interlake-Eastern home care team, caregivers at the Lac Du Bonnet Personal Care Home and at Pinawa hospital, and the Sobering Funeral Chapel.
A Celebration of Life will be held virtually.
Memorial donations may be made to the Heart & Stroke Foundation of Canada.