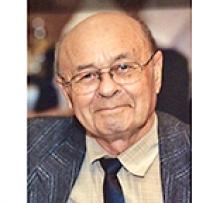 Jacob Penner, 86, of Steinbach, MB., passed away Monday, December 7, at the Bethesda Regional Health Centre, Steinbach Manitoba.
He is survived by six children: Jake and Barb, Margaret and Dave, Linda and Randy, Allan and Doris, Dan and Carol, and Dale and April; numerous grandchildren, and in-law Deann and husband Peter Unger. He is also survived by two sisters and numerous in-laws.
He was predeceased by his wife Margaret in 2016, and sons, Andy and Garry.
Dad had numerous jobs. His first job was hoeing beets as a boy and long rows on hot days. Then he went to BC with family and picked fruit, where he had a serious injury. After he married Mom, he worked at Winnipeg fur company, Winnipeg Gas, Penner International as local driver, and Steinbach Furniture. Besides farming, where mom often started milking before he got home.
After dairy he had a pig farm, which he started after his small pig and cattle barn was destroyed by fire. He also had Penner Building Movers, which due to health reasons he sold.
He ran an Esso station in Steinbach with Jake being his fuel truck driver.
He then started a backhoe business and septic service with Gary. Due to health reasons he sold it and started real estate under Albert Driedger called Green Valley Realty. Then he joined Vogt Realty. Then after a while he became a rep in eastern Manitoba for Border Realty, which he really enjoyed with Mom being his secretary, keeping very busy beside her making perogies and watching grandkids. Dad said they took up to 100 dozen at a time to Calgary plus local orders. Due to health reasons, he retired from real estate. He loved to be out and about doing a lot of sightseeing trips with Mom around Manitoba. Losing two sons to heart failure took a toll on them both but their faith in Jesus never faltered.
Dad did a short mission trip with Pastor Cornie Wiebe to Jamaica.
They also served at Pansy Chapel as deacons where they were instrumental in helping settle in a family from overseas who were considered boat people from a dictatorship country.
Thank you to all who phoned and visited him.

Only way to heaven is through faith and acceptance of Jesus.
Worship and pray.
Read your Bible
Back to the Bible on 1250 or app.
Not too much TV.
remember Aunt Ollie and Peter Warren.

Never forget their love faith and sense of humor.

So then just as you receive Christ Jesus as Lord, continue to live in him. Strengthened in the faith that you were taught and overflowing with thankfulness.
Colossians 2:6 & 7.

A private graveside service will be held at a later date at Grunthal Cemetery, Grunthal, MB.