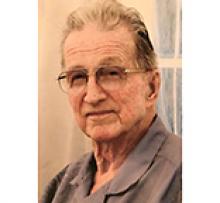 It is with heavy hearts that we announce the passing of our cherished Father, Grandfather and Great-Grandfather.
He was predeceased by his beloved wife June whom he missed each and every day; his parents; his brother and his sister.
He is survived by his children, Sandra, Donna (Frank), Barbara, John (Hilda), Debbie (Luc), Murray (Holly); his 12 grandchildren and 21 great-grandchildren.
Dad was born in Swan River, MB. He grew up in Herb Lake, where he met his future wife June, they were married on March 16, 1953. Dad started work in diamond drilling and moved on to become a Conservation Officer posted in various northern Manitoba communities. ln 1964, he started with Manitoba Hydro during construction of the Grand Rapids Generating Station, then worked for BC Hydro on the Columbia River Dam project in Robson, BC, moved to Gillam, MB in 1968 with MB Hydro to work on the Kettle, Longspruce and Limestone G.S. construction projects. Worked in Atikokan ON and Nipawin, SK on dam construction projects. Dad returned to Gillam to work with MB Hydro during construction of Limestone G.S. and on the building of the road from Sundance, MB to the future Conawapa G.S. site. Don's specialty was earthworks construction. Following completion of these projects he retired.
Dad was a man of many talents, but music was his passion and his guitar was his sidekick. He enjoyed entertaining family and friends with renditions of his favourite country music star, Hank Snow. He also loved talking about the years he did body building and how much iron he could bench press.
Our family would like to thank all the wonderful staff at St. Norbert Personal Care Home for their care and compassion extended to Dad during his time there.
Cremation has taken place with interment to follow at a later date.