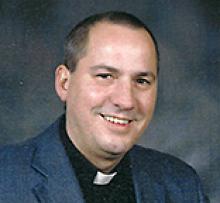 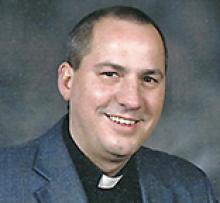 
Sadly, on December 13, 2020, Rev. Fr. Owen Steeves, was called to his eternal rest. Prayers and viewing were held on January 3, 2021.
Funeral Liturgy will be celebrated on January 31, 2021 (respecting Covid-19 restrictions), presided over by Archbishop Albert LeGatt, Archdiocese of St. Boniface. Burial will be held on February 14, 2021 at 2:00 p.m. at Green Acres Cemetery at Our Lady of Hope Mausoleum. All are welcome to attend the Graveside Service. If you wish to attend, please abide by Covid-19 restrictions: everyone is required to remain in their vehicles at all times. There will be an opportunity to drive by and pay respect to Father Owen's casket before entombment.
A longer obituary will follow on February 6.