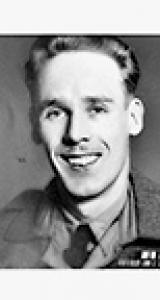 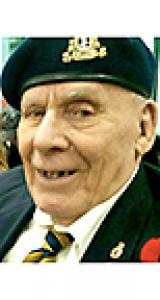 Minor (Jack) Tennant, aged 97: husband, father, grandfather, war hero and gentleman.
Minor Tennant was born into difficult circumstances in rural Saskatchewan back in 1923. Placed in the Moose Jaw Orphanage as an infant, he was adopted and raised on a farm near Chaplin. He rode to school bareback. The Dakota still lived on the land. There were hard days on the farm and lots of them.
The platform where, as a young man, he stepped on the train and headed off to war is just a mound of grass now. The town that he called home has long since been reclaimed by the prairie. Overseas, he lost good friends
D-Day morning when they landed on Juno beach. He was wounded himself but stayed on duty for hours relaying messages. After months recovering in Britain he went back into action, contributing to the liberation of France and the rest of Europe. He went through the entire war always on the radio and never fired a shot.
Jack, as his friends liked to call him, came back home with shrapnel in his back and a beautiful young British woman on his arm. After the war he and Phyllis were stationed in Paris where he was assigned to NATO. Over the 67 years they spent together, Jack served many assignments overseas in far off places like Egypt and Vietnam. Military duty also saw them living all over Canada. Together they raised David and Pamela. Another son, Jeffrey, was lost shortly after his birth.
After his career Jack stayed on the air as a ham radio enthusiast, speaking "over the airwaves" to folks literally around the globe and far above it. His hundreds of contact cards include those from space shuttles and the MIR space station. In his later years Jack and Phyllis moved from the Ottawa area to Winnipeg to be closer to their daughter Pamela Tennant and her husband Reg Sherren. Of course, the fact that they also adored their grandchildren Mitchell and Emma may have played more than a small roll in that decision.
He lost Phyllis in 2014. Things were never really the same after that. There were trips with son-in-law Reg back home to visit his good friend Delores Lansdall and family in Saskatchewan, and a return overseas with grandson Mitchell to honour his fallen comrades. In recent years he was awarded the Legion of Honour medal by the Government of France for "Extraordinary Military Bravery and Service in Times of War." It is France's highest military award.
In his final years, living at Deer Lodge, he always enjoyed going to the pub for a pint while Reg played a few songs on the guitar (old westerns were his favourite) and short outings to Assiniboine Park with Pam who took such loving care of him every day. Another of the greatest generation is lost to us. We all loved him so very much. Happy trails Jack. We will never forget you.