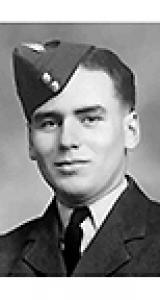 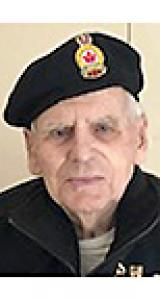 Christian Louis Laporte passed away peacefully at Deer Lodge Centre on February 1, 2021, at the age of 97 years.
Chris is survived by his three daughters: Elaine (Rob), Lorraine (Les) and Marie; his two grandchildren: Christine (Kevin) and family, and Joel (Amanda) and family. He was predeceased by his wife, Ruby (1964) and his wife, Lorraine (2017); his parents, Louis and Germaine Laporte; his sisters, Susie (Albert) Augert, Yvonne (Ernest) Rouire, Marie (Joseph) Chanel, Germaine (Albert) Roy, and in infancy his sister, Odette Laporte.
Christian was born on April 14, 1923 in Somerset, Manitoba where he spent his childhood. In 1938, Chris and his parents moved to St. Georges, Manitoba. It is here that his love for fishing and hunting continued, and a deep lifelong connection to the Winnipeg River began. In 1941, Chris joined the Abitibi Paper Company in Pine Falls. On January 26, 1943, he enlisted in the R.C.A.F. He was a member of the Royal Canadian Legion Branch #64 in Pine Falls. Chris became a Millwright and worked 46 years for Abitibi. Retirement was filled with hours of fishing, hunting, tending his garden, biking, cross-country skiing, and simply sitting by his beloved Winnipeg River. In 2014, Chris moved in with his daughter Marie to be closer to his family in Winnipeg. After suffering a stroke in 2017, Chris moved to Deer Lodge Centre Tower 5 where he resided until his passing.
The family would like to thank the staff at Deer Lodge Centre for the excellent and compassionate care Chris received. The family would like to extend their deepest gratitude to his companions Margaret and Merna at Deer Lodge Centre, and his homecare worker Juliet.
As per Christian's wishes, cremation has taken place and there will be no funeral. The family will hold a private interment ceremony, at a later date in the Somerset Parish Cemetery.

To view this obituary and leave condolences, please visit www.afh.ca