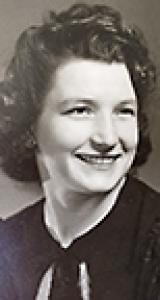 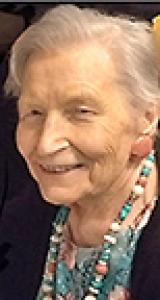 Susan Lucyshyn (nee Polanik) passed away peacefully at the age of 96. She was born on April 1, 1924 in Bruno, Saskatchewan.
She will be greatly missed by her family and the many friends and spiritual brothers and sisters that she had as one of Jehovah's Witnesses.
Susan moved from Bruno as a young adult, to live and work in Saskatoon, Saskatchewan. There she met and married Mike Lucyshyn in 1948. Soon after their marriage they moved to Thunder Bay, Ontario, where they remained until 1962. They then moved to Dryden, Ontario where she resided happily for 49 years.
Susan's greatest joy in life was to share Bible truths with people. Her hope was to be part of what is described for the earth in Isaiah 65:21-23. She was dedicated to sharing her faith up until her death. She also spent her life loving to sew, garden and read.
She is survived by daughters, Eleanor (Don) McDonald of Winnipeg, Manitoba, Judy (Lynn) Feagin of the island of Dominica in the West Indies and her granddaughter Ashley McDonald of Winnipeg, Manitoba. Also surviving are many nieces and nephews.
She was predeceased by her husband Mike in 2006, also by her parents, Daniel and Ksenia Polanik; brothers, John and wife Helen, Harry and wife Anne, Stephen; sisters, Mary and husband John, Kay and husband Adolph, Anne and husband Tom, Helen and husband Frank, Olga and husband Peter.
She will be greatly missed by so many.
A memorial service will be held virtually at a later date.