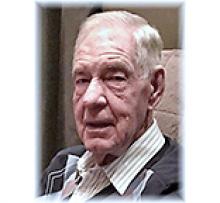 Peacefully, on Wednesday, February 17, 2021, David Melnyk passed away at Holy Family Home, at the age of 84.
Dave was born in Winnipeg to Dmytro and Pearl (Manko) on February 12, 1937. He completed his elementary and junior high education in East Kildonan and attended Tec Voc High School. He entered the workforce, first working for Pepsi Cola, and then found his true calling in the financial sector working for Northguard Mortgage Corporation Ltd from April 1962, retiring as the General Manager in January 1985.
On August 24, 1957, Dave married the first love of his life - Edna Bareham. Together they raised their children, Donna, Ken and Brian in North Kildonan until Edna's passing. On April 17, 1982, we were blessed when Dad married the second love of his life - Diane Chernoff, and we were gifted with a second amazing Mom.
Along with his two true loves, Dave was predeceased by his parents, brother Walter, and his son-in-law Richard. Dad leaves to hold his memories, daughter Donna; sons, Ken (Joanne), and Brian (Jillian); grandchildren, Breanne, Fr. Jay (Sophia), Sarah and Emily; great-grandchildren, Benjamin and Gabriella; brother Donald (Valerie); sister-in-law, Marilyn; brother-in-law Lor Bareham (Carol); numerous nieces, nephews, relatives and wonderful, lifelong friends.
Due to COVID regulations, Dad's Funeral Parastas service will be livestreamed 10:30 a.m. Tuesday, February 23 at Holy Eucharist Ukrainian Catholic Church with his grandson, Fr. Jay Korban officiating. The service will be livestreamed through Facebook at www.korbanchapel.com. David will be interred in Elmwood Cemetery.
Flowers are gratefully declined, but if friends so desire, donations directed to Holy Family Home, c/o the Lubov Foundation, 1085 Main St. Wpg R2W 3S1 is appreciated.
The family wishes to express their appreciation to Srs. Darleane and Ruth, Fr. B. Lukie, Drs. Taras and Andrea Babick, the entire staff of St. Mary's Unit and all the members of the various departments at Holy Family Home who welcomed Dad with open arms and always treated him with love, respect and dignity