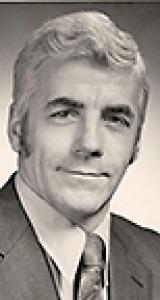 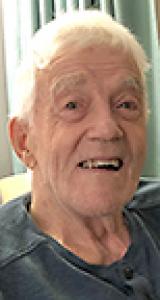 Peacefully, with his family at his side, Reg passed away on February 12, 2021 at the age of 92.
Reg is survived by his daughter Vicki, daughter-in-law Leona, son Randy (Marianne) and daughter Elizabeth (Gary); grandchildren, Jennifer, Tom, Matthew, Jeannine and Alex; many great-grandchildren, his brother Jim Palmer (Marilyn), brother-in-law Harvey Marriott, as well as many nieces and nephews.
He was predeceased by his wife Isabel; parents, Fred and Edith Palmer; sisters, Dorothea, Ruby, Vera, Grace and Violet; brother Fred, son David, and sister-in-law Irene Marriott.
Reg was born in Winnipeg and grew up in St. James. He graduated from St. James Collegiate and later achieved a diploma in Industrial Management from University of Manitoba.
Reg married his school sweetheart, Isabel, on August 6, 1949. Reg started working with Westeel in Winnipeg and relocated for a short stint in Swift Current. He was hired by British American Oil in Brandon and, after a few years, transferred back to Winnipeg as Construction Supervisor. He built the family home on Aldine Street where they resided for about 30 years. Dad always considered himself a St. James boy at heart. Reg joined the St. James-Assiniboia School Division where he spent the rest of his working life.
Reg was always active in the community. He volunteered at the St. James Track and Field Club, Sturgeon Creek Community Club, Deer Lodge and Lac du Bonnet curling clubs. Reg was a member of Sturgeon Creek United Church where he led the youth group and helped with maintenance. Reg joined Lutheran Church of the Cross in Lac du Bonnet, and then Harrow United Church, when he returned to Winnipeg.
Reg was a member of the Experimental Aircraft Association (EAA). He took great pride in building the Christavia Mk1 tandem aircraft from scratch. Reg and Isabel made many friends through their involvement with the EAA and had many good times on their trips to the world's largest airshows in Oshkosh, Wisconsin.
In 1967, Reg and Isabel bought the family cottage at Lee River. Over the years, he built several additions, eventually turning it into their four-season home so that Reg and Isabel could enjoy their golden years living on the river. When he wasn't busy working on the cottage, Reg's favourite summer pastimes were fishing and berry picking.
After his retirement, Reg volunteered as a guard at the RCMP Detachment in Lac du Bonnet and he was very involved with the Pioneer Club there as well, serving as President for a period of time.
Throughout their life together, Reg and Isabel enjoyed travelling with friends and family. Many great memories were made on road trips, southern vacations, and trips to Europe.
The family would like to express their most sincere appreciation and gratitude for the exceptional care Dad received during the four years that Tuxedo Villa was his home. Without a doubt, the gang at Tuxedo Villa easily became Reg's new-found family.
Due to the pandemic, the family plans to hold a celebration of Reg's life at a future date, to be determined.
In lieu of flowers, donations may be made to the charity of your choice.