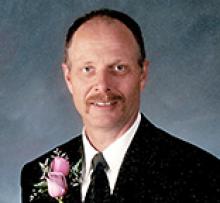 It is with great sadness that we announce the passing of Ken Friesen, our beloved husband, son, father, grandfather, brother and friend on March 7, 2021.
Ken was predeceased by his father Peter Friesen.
Ken will be lovingly remembered by his wife Cindy, his mother Erna; daughters, Jennifer (Paul), Michelle, and Kimberley (Gary) and son Bryan; grandchildren in order of age, Makyla, Corbin, Zachary, Kaitlin, Logan and Dylan. Also leaving to mourn are brothers, Rudy (Kathy) and Howard; sisters, Carolyn (Don) and Sandy (Pat). He will also be remembered by his aunts, uncles, cousins, nieces, nephews, friends and first wife Roxanne.
Ken was a truck driver by trade and worked for YRC formerly Reimer Express.
Ken's passion was to ride his Harley on long winding roads in Western Canada and the United States. He was known for his pranks and teasing people out of love. He had an infectious laughter, and had fun everywhere he went. Ken had a green thumb for gardening, loved playing cards, doing puzzles and spending time with family.
A viewing for immediate family has been held.
If anyone wishes, a donation can be made in Ken's name to the Manitoba Ride for Dad. It can be made online at http://weblink.donorperfect.com/KenFriesen or by mail or phone to the National Office, 424-300 Earl Gray Drive, Ottawa, ON K2T1C1, 1-613-623-0733.