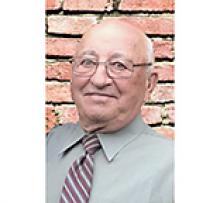 It is with great sadness, we announce the passing of our loving husband, father, grandfather, and friend on May 6, 2021.
Anthony (Tony) Shewchuk is survived by his wife Linda, his children Petrina (Richard), Larissa, and David (Lilly) and grandchildren, Scott, Kurt, Tyra, Logan, Seaira, and Riley.
Tony was born February 3, 1937 on the family farm south of Gardenton to his parents, John and Elizabeth (Paskaruk). Tony will be missed by his sisters Helen Garrity, and Natalie (Jerry) Ostryzniuk, sister-in-law Elsie and their families.
He was predeceased by his daughter Raina, sister Olga, brother Alex, sister Lilly, and brothers-in-law Walter and Pat.
He is also survived by his brother-in-law Gilbert, sister-in-law Della and their families.
Tony became a permit teacher after high school for two years, then went on to the Imperial Bank of Commerce. He left the bank to become a CN Relief Station Agent taking him to Kenora, Emo, Atitokan, Winnipeg, and Churchill. He was not happy travelling away from his family, so he took an accounting course at Success Commercial College and was employed with Eatons, Pepsi Cola, and Lubrifine Oil. Later he worked at Canadian Tire and Arnold Brothers.
In 1969, Tony and Linda decided to take over the family farm and remained on the farm until his passing.
Dad was known for his love of his chickens, pigs, and cattle. He was a long-time member of the Gardenton Ukrainian Museum and Gardenton Ukrainian St. Michael's Orthodox Church. The greatest lesson left was his patience.
A private funeral will take place at a later date.