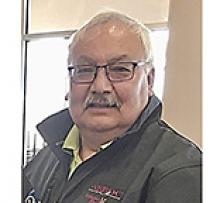 To view this obituary and leave
condolences, please visit www.afh.ca