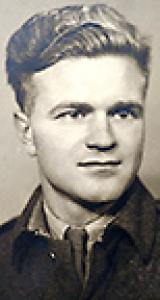 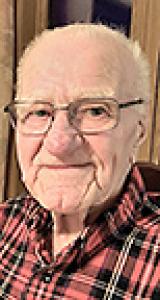 Early in the day just before dawn, as the birds were welcoming the morning, our beloved dad passed away peacefully in his sleep.
He will be forever missed and loved by his daughter Darlene (Grant), son Steven (Gloria), and most precious grandchildren, Alyssa, Kylie and Cole, his brother Harry, and very special nieces and nephews. He was predeceased by brothers, John (Steffie), Walter (Anne), sister-in-law Mary, sisters, Anne (Mike) and Mary (Lyman), and his loving wife, Lillian.
Dad was born in Whitemouth, Manitoba and lived his early years on the family farm on the shores of the Whitemouth River and near Elma, Manitoba. The country, and surrounding area, was a special place that he would return to visit often throughout his life. His mother died in childbirth when he was just six years old, his father never remarried and those events shaped our dad into the caring "family first" person that would define his whole life.
Upon returning from a three and a half year overseas stint with the army in the Second World War, Dad met his lifelong sweetheart, wife and "angel", Lillian Melnychenko. Their 66 year marriage was overflowing with love, generosity and goodness as they welcomed "their two little kiddies" (as Dad called us) into the world. It should be noted that they also opened their hearts and homes to any, and all of our friends with pure warmth and sincere hospitality.
Dad's nearly 50 year career in construction began with Weinbender Building Co., then Fuji Builders, McAllister Construction and finally, retiring from Bird Construction as a Site Superintendent. There were many projects which he would recall in later years saying, "I left my mark on the city of Winnipeg". His most memorable buildings were: 55 Nassau, Holiday Towers North and South, Lakeview Square, Winnipeg Taxation Data Centre and his last, personal favourite, the Royal Winnipeg Ballet House. He was grateful to Bob Bennell, Bob Bird and especially his loyal crew for safely completing projects, on time, and on or under budget at Bird Construction.
When our dear mom passed away in July 2012, we worried that Dad, at the age of 90, would be lost without his sweetheart. True to his upbringing and in stalwart Army fashion, he proudly and independently lived in the house that he and Mom shared for over 25 years. Dad may have had a long and respected career in construction, but his number 1 passion and priority was always his family. He was the consummate ENCOURAGER to his children and grandchildren; his love and unconditional support were boundless. As he always said "We are a close, loving family". He shared his love of the outdoors with all of us and was our own "site superintendent" as we built our homes and lives.
Our dad was wise beyond his Grade 9 one-room schoolhouse formal education. "If you don't expect too much in life, you won't be disappointed" he would say. As he faithfully fed all dogs, birds, squirrels and bunnies or watered his deep, dark red geraniums, he would say "Everything wants to live" (in Ukrainian). His legendary hugs could leave one breathless and often squished! And beyond his positive approach to life, his welcoming and generous nature, Dad was GRATEFUL! He expressed his thanks easily and sincerely.
Dad has left a legacy to all those who touched his life, particularly in the years that he was on his own. Our family is grateful to all those who showed him kindness....from the "Riverwest Neighbourhood Gus Watch" led by Lori and Andy Chartrand, to the store, bank, pharmacy and medical clinic personnel and even his barber Jim, all who brought sunshine to his day. It was difficult to see Dad move to Middlechurch Personal Care Home over a year ago. However, the compassion, care and respect shown to our father by ALL the employees and caregivers has been outstanding....a heartfelt "Gus hug" to each and every one of you!
To respect Dad's wishes, we will be holding a private family service to honour and give thanks for his life.
In lieu of flowers, please consider the Middlechurch Home of Winnipeg or a charity of your choice.

"Death is not extinguishing the light,
it is putting out the lamp because the
Dawn has come." Shine on dear dad!

Family and friends may sign a
Book of Condolence at www.glenedenmemorial.ca