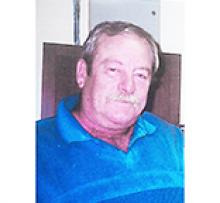 I am really saddened to say that on June 30, 2021 I lost my soulmate, high school sweetheart and my best friend, Doug to
cancer, he was 71.
He is survived by his wife Heather (nee Parkinson); sons, Scott and Adam; grandsons, Cayden and Cole. He is also survived by his sister Shirley and brother Ed (Donna); sister-in-law Flora; brothers-in-law, Don Ramsey, Al Fedoriak and David Parkinson and many
nieces and nephews.
He was predeceased by his father
Sterling; mother Gladys; brother Bill; sisters, Louise and Margaret and his parents-in-law, Andy and Peggy Parkinson.
Doug was a proud member of the Winnipeg Fire Department, retiring as a Captain. He was a quiet man, enjoying the Toronto Blue Jays and doing jig-saw puzzles.
Thank you so much to CancerCare and the Selkirk Regional Health Centre for the great care he received.
Cremation has taken place and no service will take place at this time.

Condolences may be left on his tribute wall at www.gilbartfuneralhome.com