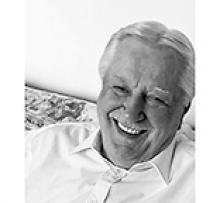 It is with deep sadness that we announce the sudden passing of Alexander "Alec" Belinsky on July 16, 2021.
Predeceased by his father and mother Myketa and Mary Bilinsky (Oleksiy), brother Steve (Anne), sister Anne (Edward) Ogrodnik, sister Mary (Grant) Clements, brother Peter, in-laws, Barbara and Stanley Rochalski and brother-in-law Emil Rochalski (Annette).
Alec began his career with the Manitoba Telephone System in 1956, retiring in 1993. His proudest moments as Management were those that saw him advocating for his field teams, adjusting schedules so that they could spend more time with their families.
As a problem solver, Alec was many things to many people. He took pride in helping out in any way and whenever there was a problem that required a fix, Al was there. He wore many hats, often saying I'll just change my hat, he was the guy for the job, and everything was tickety-boo.
An adventurous outdoorsman, he loved nature and enjoyed hunting and fishing. His garden was a great source of pride and he enjoyed time with family foraging for mushrooms and picking local berries. An avid sports fan, he loved his hockey and football.
With retirement, he could always be found working on projects in the yard or visiting with neighbours. He travelled to many countries he wished to visit and family vacations were a highlight for everyone. He also enjoyed seeing his poker buddies and was so looking forward to getting back together.
Born November 24, 1936 in Winnipeg, Manitoba Alec is survived by his wife of 60 years, Josie, his daughter Deb, son Bruce (April) and grandson Austin, sister Stephanie (Oscar) and sister Virginia. He was Uncle to 11 very special nieces and nephews, their spouses, their children and grandchildren.
Alec had dashing charisma. He was kind to all, loved his family and had a great sense of humour. Throughout his life he gave his time to several community and charitable organizations. He will be missed by all.
Cremation has taken place and there will be a graveside service on Saturday, July 24, 2021 at 10:00 a.m. in the East Selkirk Cemetery. Service will be conducted by Fr. Mark Gnutel, of St. Annes.


Condolences may be left on his tribute wall at www.gilbartfuneralhome.com