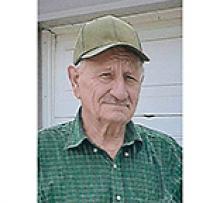 George Edmund Renz, 87 years of age, passed away peacefully on July 28, 2021 at Bethesda Place Care Home, Steinbach, MB.
He is survived by his wife, Norma and children: Jan (Vaughn) Bergen, Armand (Valerie), Darren (Betty), Earl, and Karis (Harold) Friesen; 10 grandchildren and 10 great-grandchildren.
He is also survived by five siblings: Elsie Gerelus, Helmuth (Anne), Anna Lewis, Henry (Betty), and Bernice (Lawrence) Pachinosky and many nieces and nephews.
George was predeased by his parents, Rudolf and Lydia Renz and sister Gertrude Prost and brothers-in-law.
George was born in Jansen, SK. He married Norma Toews on June 1, 1963. They raised a family of five and resided east of Steinbach for 40 years before moving closer to Steinbach.
As a young man, he worked various jobs, including the bush camps. He became employed as a finish carpenter with Schmitdke Millwork in 1966 and worked there about 20 years. He travelled to many different locations around Manitoba including flying up north. Later he became self-employed.
George was also very mechanically inclined, often in his workshop, building everything from a small tractor, tools, and repurposing things. He was inventive and creative, fixing things when needed, even into his 80's. When asked, he would willingly help his children with small projects. He always had a love for tractors, and entertained the grandchildren with many a tractor ride.
He helped rebuild the small windmill at Mennonite Heritage Village Museum. As well, he built the yellow and black resting bench "Ruh Bank" that sits in the hall of the MHVM gallery, along with a second one that was sent to another museum in eastern Canada.
George had an appreciation for wildlife and and nature. He built a trough for the deer to feed them in winter, enjoyed the rabbits on the property, his chickens and other farm animals throughout the years.
In July 2021, George was hospitalized due to a stroke. He was moved to Vita Hospital where he remained till being transferred to Bethesda Place where he resided until his passing.
The family thanks Vita Hospital and Bethesda Place Care Home staff for their care and compassion.
A come and go viewing will take place on Friday, August 6, 2021, from 7:00 p.m. to 8:00 p.m. at Birchwood Funeral Chapel, Steinbach, MB.
The private livestreamed funeral service will take place on Tuesday, August 10, 2021, at 2:00 p.m. at Birchwood Funeral Chapel, Steinbach, MB.
To join the family via livestream please visit birchwoodfuneralchapel.com and click the link on George's obituary page.