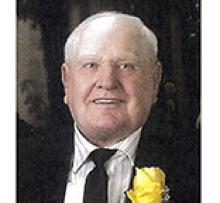 It is with great sadness that I announce the sudden passing of my husband, Clifford John Boychuk. Clifford was born on August 27, 1940 in Arbakka, MB, son to the late Matt and Mary Boychuk.
He is survived by his loving wife and soul mate of 50 years of marriage, Alice Boychuk.
Clifford dropped out of school at the age 15 to help with the family farm, as he so much enjoyed being with cattle. Cattle was his pride and joy.
In 1969, he met the love of his life Alice, and on July 10, 1971, they were married and continued farming on the home stead which he purchased in Arbakka, MB. In 1972, Clifford and Alice purchased a section of land in Dominion City where they grain farmed for four years, after which they started to rent the farm out. In 2010, Clifford and Alice sold their home place and moved to Steinbach, MB, for their retirement where they have been retired until Clifford's passing.
Clifford is survived by his loving wife Alice, his two sisters: Violet Patrick and Sylvia Hawyshko (Harry) and his in-laws: Jean Strylytski (Walter), Marie Aarhus (Wesley) and Verna Gregorchuk (Marcel St-Jacques) and his brother-in-law Ben Wiebe and many nieces and nephews and great-nieces and nephews and great-great-nieces and nephews. He is also survived by very close and dear friends Kevin and Barb Wilgosh, Gord and Iris Pylypjuik, Randine and Leonard Wiens.
Clifford is predeceased by his parents Matt and Mary Boychuk, his two brothers, Tommy and Howard, his two brothers-in-law: Raymond Patrick and Nick Feduik; and two sisters-in-law, Terri Boychuk and Stella Boychuk. He was also predeceased by his parents-in-law, John and Rose Gregorchuk, his brother-in-law John Gregorchuk and sisters-in-law, Pat Wiebe and Doris and Anna Gregorchuk.
Prayers will be held on Thursday, August 26, 2021, at 7:00 p.m. at Birchwood Funeral Chapel, Steinbach, MB.
A funeral service will be held on Friday, August 27, 2021, at 10:00 a.m. at Birchwood Funeral Chapel, Steinbach, MB., with burial to be held at Green Acres Cemetery, Winnipeg, MB.
A special thank you to the Stars Air Ambulance, Bethesda Regional Health Centre and Health Sciences Centre Emergency rooms.
Donations can be made to the Manitoba Heart and Stroke Foundation.

Clifford John Boychuk, age 80 years old, from Steinbach, MB, formally from Arbakka, MB, passed away on Thursday, August 19, 2021, at the Health Sciences Centre, Winnipeg, MB.
He is survived by his beloved wife Alice. He was predeceased by his parents the late Matt and Mary Boychuk; and two brothers, Howard and Tommy Boychuk.
Prayers will be on Thursday, August 26, 2021, at 7:00 p.m. at Birchwood Funeral Chapel, 162 PTH 52 W., Steinbach, MB. A funeral service will be on Friday, August 27, 2021, at 10:00 a.m. at Birchwood Funeral Chapel with burial at Green Acres Cemetery, Winnipeg, MB.