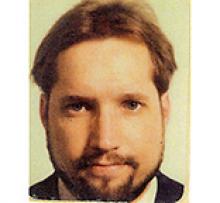 On September 6, 2021, Lawrence departed from this world. He was born on December 3, 1957 in Winnipeg, eldest son of the late Maurice and Frances Skuba.
In addition to his parents, he was preceded in death by his sister Jane Sanders and nephew Lee Sanders.
He is survived by his loving partner Audrey Sul; loving sister Mary Woloski (Michael); brother Mark Skuba (Leslie Rangeley); brother-in-law Robert Sanders; nieces, Rachel Woloski (Jonathan Wood), Mary Sanders and nephew John Woloski; as well as his aunt Ann Skuba, with whom he was close.
Lawrence grew up on a family farm west of Selkirk and graduated from the Lord Selkirk Regional Comprehensive Secondary School. He enjoyed sports and was elected grade ten class president. Following graduation, he studied at the University of Manitoba.
In his adulthood, he was known for his creativity, abounding vibrancy, love of music as well as his approachable nature. He was a great conversationalist and entertained his friends and family with music and song. He was a true and beloved friend for those who knew him well.
Time and place of service will be announced at a later date.