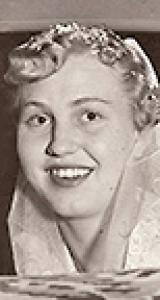 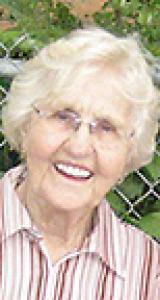 Although it is with heavy hearts that we announce the passing of our dear mother, grandmother, beloved friend and family member, we are left with gratitude for her life, and in knowing that she has passed into the loving arms of her Heavenly Father.
Esther was predeceased by her loving husband Dave. She leaves to cherish her memory, her children, Randy (Leesa), Terry (Donna), Lori and grandchildren, Ryan (Cindy), Jonathan (Jasmin), Erin (Richard), and Kirsti (Brent). She will also be missed by her sister Lil, sister-in-law Shirley, brother-in-law Rob (Benna), sister-in-law Grace, brother-in-law Bob, and sister-in-law Darlene, along with her many nieces and nephews on both the Kronlund and Knight side of the family. Esther was predeceased by her parents, Kirsti (Jessie) and Johan (John) Kronlund, her brothers, Howard, Roy, Bill, and Jim, her brother-in-law Arnold, and sisters-in-law, Vi, Inga and Grace, as well as several in-laws on the Knight side.
Esther was born in Loon Lake, Saskatchewan. As a very young woman she and her sister Lil moved to Moose Jaw to seek out employment. One night Lil's boyfriend Arnold brought his friend Dave to a local dance and Esther soon caught his eye. The two couples were married in a double wedding in Moose Jaw at Central Lutheran Church on September 27, 1952. After some moving around with work the two settled in Winnipeg (Dave's home province) and raised their three children in East Elmwood, where they lived for 32 years and made many lifelong friends.
Mom was fun-loving and lived a full life. She had many pursuits that she enjoyed, including her "Honey Bridge Club" and golfing two days a week well into her 80s. She very much enjoyed the Seniors' group in church, both the members and the focused study of the Bible. In her early senior years, she and Dad visited seniors in a local nursing home, establishing warm friendships. Mom was a keen seamstress and generously gave of her time to sew for others. She was always helping in any way she could.
Mom enjoyed being with her beloved family, but her caring went way beyond just her immediate family. She genuinely loved others, and included them in our lives, making them a special part of our lives. We're not sure how these words would sit with Mom, had she read them, as she was a very humble person. What stood out to everyone that knew her was the love, kindness and the gentleness. Now that gentle soul has gone Home.
A celebration of Esther's life is being planned for a later date. A notice will be published.
In lieu of flowers, those so wishing may make a donation to the Peace Lutheran Church Memorial Fund, 350 Gilmour Ave., Winnipeg, MB R2G 2B7 or a charity of your choice.

Family and friends may sign a
Book of Condolence at www.glenedenmemorial.ca