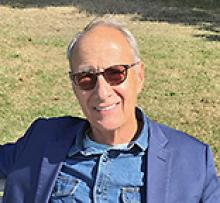 Jim passed away peacefully at home on Tuesday, November 9, 2021 at the age of 75 years. He is lovingly remembered by his wife of 52 years Sharon (Sigurdson), son Jesse (Lia) of Vancouver, daughter Alison (Jason), grandchildren Juliette and Miles, and many cousins, nieces and nephews. He is predeceased by his sister Janis Beattie and parents, Howard and Elizabeth (Baillie).
Jim was born in Brandon and grew up on Tinniswood Avenue in Winnipeg's North End where he formed many lifelong friendships. Just as his father and grandfather were, Jim was actively involved at the YMCA. It was those formative years spent at the North End Y and in its leadership program that had a profound impact on the trajectory of his life. He loved to regale family and friends with stories of the well-attended Y dances that he was integral in planning.
In 1969, Jim and Sharon married and began their lifelong partnership. They spent a few years living in Vancouver with their firstborn Jesse before coming back to Winnipeg in the late 70s to lay down roots and welcome daughter Alison.
The family home on Canora Street in Wolseley became the venue for annual Christmas parties during Jim's time as General Manager of the Core Area Initiative, proving once again Jim loved throwing a good party.
After the Core Area Initiative wrapped, he went on to work as a private consultant for several years before becoming CEO of The Forks North Portage in 2000 until his retirement in 2014.
Much has been said of Jim's career and his many contributions to Winnipeg. His impact on our city is lasting and profound. Jim believed in building communities and improving quality of life for people living and working in the downtown and core area.
Jim had an appreciation for art, music and travel. His collection of art in the August home is proof of his impeccable eye and discerning taste. His collection of suits wasn't too shabby either. Jim had great style and a love of good tailoring, inherited by both he and sister Janis from their mother.
In 1986, Jim bought a lot at Victoria Beach to build the family cottage. He was attracted to the community's active lifestyle and access to tennis courts, bike riding and golf, which he took up in his 40s. Although never totally satisfied with his swing, he kept at it as long as he was able. A true sign of his perseverance. The cottage is his legacy to the family and where his grandchildren now enjoy summers swimming at Clubhouse Beach and pier jumping with their pals.
Jim was an athlete and enjoyed playing tennis and squash. It was between playing court sports, his time spent at the Y, summers at Victoria Beach, and his lasting career that he made many close friends who became like family and were companions of Jim's right up until the end.
Jim listened to people and was curious. He contributed and appreciated the contributions of those around him. He offered and sought advice. He worked hard and played hard. He had a sense of humour and a ready smile. He was loved and loving. We will miss him dearly.
Funeral service will be held on Friday, November 26, 2021 at 10:00 a.m. at Thomson Funeral Home. Those who wish, may join the livestreamed service by following this link: https://youtu.be/HYPMZNRnfAY.
Government-issued "Vaccine Proof" and valid government-issued photo identification for all attendees at the service and reception is required, by order of the Chief Provincial Public Health Officer. Masks are mandatory.
In lieu of flowers, donations can be made to the United Way Winnipeg or a charity of your choice.


THOMSON FUNERAL HOME
204-783-7211
Condolences may be sent to
www.thomsonfuneralchapel.com