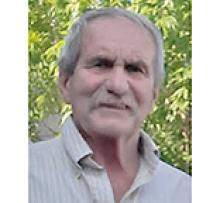 With broken hearts, we the family of Lawrence Edward Wilson "Lew, Larry", sadly announce his peaceful passing, on December 6, 2021, as a result of Lewy Body Dementia.
He is survived by his wife Heather of 41 years, son Scott Wilson, daughter Heidi (Jon) Hutchison. His sisters, Sandy and Janet and their families. His mother-in-law Jacquie Scott, Heather's siblings and their families.
Lew was predeceased by his father Edward Wilson, his mother Irene Wilson and his father-in-law Tammas Scott.
Lew was born March 13, 1948, and was raised in St. Vital, Winnipeg. At a young age of 17 he started his career with the City of Winnipeg, completing 37 years before retirement in 2004. Lew was so proud of his son Scott and of his daughter Heidi. Lew enjoyed fishing, took up running and spent many years with his wife on motor-home adventures.

We all love you and as he would say,
"we will see you on the other side."