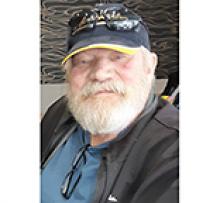 Robert (Bob) James Dueck was born in Steinbach, Manitoba on June 12, 1945 and died in Burnaby, BC on November 22, 2021.
"....having had a little time to reflect, I realize that at 7:30 a.m., at the time of Bob's passing, I happened to look outside toward the city and the mountains and saw a giant partial rainbow! It started strong between the tall buildings downtown and dissipated in the clouds high above the city. The rainbow disappeared quickly and I realize now that God was signalling that Bob was OK and in His care." Shared by Bob's brother Peter.
Bob's life's work was building things, first in Manitoba and then in BC when he decided to follow his three brothers there. And it was always more about helping family – at one time or another, he has fixed/renovated/built at the homes of our parents and at most of his brothers and sisters – and more about making new friends, than it was about the money. But his favourite build was the cabin at Skookumchuk. Bob was the kindest, most gracious, most easy going person ever. He had friends everywhere – McDonald's, the hardware store, the grocery store, his building superintendent, the staff at New Vista, they all loved him. He would strike up a conversation with anyone, and he always made them smile and feel happy to have met him. Bob has had his share of misfortune. A tire blew up in his face at his first job in Steinbach and he was hospitalized with a bad concussion. He fell off a very high scaffolding at one of his jobs in BC and spent many weeks in hospital. It looked like he wouldn't make it, but he pulled through (and he quit smoking).
He went back to work at a slower pace. And then he got rear-ended at a traffic stop, broke his back and was again hospitalized. He was in a body cast for six months and lived in a motor home that winter. That was another really tough time for him. This marked the end of his working years. Bob's health slowly declined after this. After many falls, it was determined that he had supra-nuclear palsy, a very nasty prognosis. We all, he included, were tremendously relieved when he was able to move into New Vista Care Home in Burnaby. And as sad as we are that he is gone, we are also thankful that he didn't have to experience the horrible final stages of SNP.
In keeping with Bob's wishes, Bob's remains have been cremated and will be scattered into the ocean near the Skookumchuk cabin he and his brothers built.
Bob was predeceased by his parents, Jacob and Elisabeth Dueck, his brother Gordon, and his in-laws Shirley and Allan. Left to remember Bob are brothers, Henry, Peter, George and Vern; sisters. Margaret, Betty and Grace; in-laws, Nettie, Gerry, Dina, Garry, Ann and Barb; and nephews and nieces and their families: Carson, Allan, Kathy, Karla, Tim, Heather, Kris, Jillian, Bianca, Eric, Kira, Julie, Cory, Jackson and Stephanie.