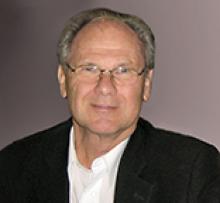 In the last moments of Tuesday, December 14, 2021, our beloved husband, father, Opi and friend was carried into heaven to meet his Lord and Saviour.
Waiting for him with open arms were his mother, Martha Selma Kunze (nee Zahn), his father-in-law Georg Foerster, his mother-in-law Berta Foerster, his brothers-in-law, John and George Foerster, his sister-in-law Gisela Foerster, and many other friends and relatives. Those left behind to mourn are his wife of 59 years, Anneliese Kunze, his children, Andrea (Werner) Wicha, Christine Kunze and Robert (Michelle) Kunze, grandchildren, Corey, Benjamin, Daniel, Aaron and Alexandria, and his dear friend Karl Eisbrenner.
Born to Carl Friedrich Kunze and Martha Selma Kunze on March 23, 1939 in Leipzig, Germany, Charles was originally given the name Karl Gustav Berthold Ruediger Kunze. After the estrangement of his father and the devastation caused by the Second World War, Martha made the brave decision to leave everything in East Germany behind and defect to Canada, joining her brother Walter Zahn in Winnipeg. During the process of immigration he assumed the name Charles Gustav Kunze.
He attended Daniel MacIntyre Collegiate, where he sang in Glen Pierce's choir together with a slightly younger Anneliese Kunze. As they also both attended McDermot Avenue Baptist Church and were heavily involved in the young people's group, a friendship began to form. After high school he began his studies in electrical engineering at the University of Manitoba, working as a brick layer's helper and spending summers working on the lines for Manitoba Hydro. He graduated with a Bachelor of Science in Electrical Engineering in 1961.
He and Anneliese were married on August 11, 1962 at McDermot Avenue Baptist Church, where they have continued to worship to this day. At this church they shared both their love of Christ and their German heritage, both of which they instilled in their children and grandchildren. They had their first child, Andrea Dorothy, on February 10, 1967. At the same time as being a father to a new baby, Charles continued his studies, graduating with a Masters of Science in 1970, his devoted wife typing his dissertation in the evenings. Not wanting Andrea to live as an only child as Charles had, and wanting to share their love and generosity with others, they made the choice to adopt Christine as an infant in April, 1970. They followed this by adopting an older child, Robert, at the age of 2, in 1974, as older children had less chance of being adopted and they wanted to give him the best chance possible in life. This is how they lived their lives, in constant devotion to helping others, and healing the broken hearted. Soon after the arrival of their third child, Anneliese began to suffer from depression. Charles faithfully supported and loved his wife, looking after the three children with the help of Omi and Opi Foerster, and Ed and Gerda Streuber, among many others. Ed became a mentor and father figure for Charles.
Charles worked as a professional engineer for Winnipeg Hydro, assuming the role of director of Systems Operations from 1961 to 1995. After retiring from the hydro, he became the CEO of Meadowood Manor, an organization close to both his and Anneliese's heart, from 1995 to 2006, and again from 2010 to 2012. They both worked and volunteered tirelessly to enrich the lives of the residents and share God's love to those who were hurting and downtrodden. Under his leadership, Meadowood raised money for and began construction of a new chapel, which has become a place for comfort and peace.
We would like to thank all of the friends and families for their support and love throughout Charles' life, and especially in the last two months. We are indeed blessed.
Funeral will be held on Tuesday, December 21, 2021 at 12:00 p.m. at McDermot Avenue Baptist Church. Due to public health legislation, proof of vaccination will be required. Zoom link follows. Interment will follow at Chapel Lawn. Visitation will be at Friends Funeral Service on Monday, December 20, 2021 between the hours of 7:00 and 8:00 p.m.
In lieu of flowers donations may be made to Siloam Mission, CancerCare Manitoba, or Meadowood Manor, all charities close to Charles' heart.
Zoom:
https://us06web.zoom.us/j/88231289767?pwd=WHZoY1RCU1BzZG4zZjU3bndGVUs0QT09Meeting ID: ?882 3128 9767 Passcode: 084884