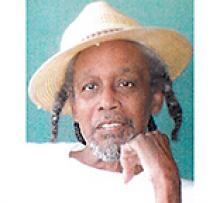 The essence that was Cliff, has left his frail body. He has returned to the pool of light that contains the essence of those who have gone before and those who are yet to come.
Predeceased by his parents, Lena Hackshaw and Elias Jones Richards; his son Kenny Richards, and his brother-in-law Specky Brathwaite.
He leaves behind, to cherish his memory, his wife Wanda Richards (nee McKenzie); his children, Kelly Richards (mother Bev) and Cherissa Richards (mother Ruth). He also leaves behind his grandchildren, Samantha, Shayne, Tasha and Elias, plus seven great-grandchildren. He leaves his sister in Trinidad, Joycelyn Brathwaite and her three daughters, Debra, Sandra and Dawn and their children and grands. He also leaves behind his McKenzie in-laws, and others, Richards and Charles cousins, plus numerous friends.
Cliff was born in Trinidad and Tobago in September 1934. He came to Canada in April 1957 looking to further his education (Psychiatric nursing in Moosejaw) and to travel. He ended up in Winnipeg, going to university, working on the train to fund his schooling, and becoming a schoolteacher (he was teaching in Trinidad before he came to Canada). Cliff taught at Stonewall Collegiate until he retired, a job he loved.
Cliff took part in cultural pursuits over the years. He wrote the lyrics for many of his calypsos and sang under the sobriquet The Mighty Fe. As he liked to say "He was the Calypso Monarch of All of Manitoba in 1985"! He also took part in what had been an annual parade, Caripeg, and was involved in ACAM in the early days. He was an outspoken person, and he was many things to many people.
A Celebration of Life will take place later in 2022 due to Covid restrictions at this time.


Now you are free to Lime!


THOMSON FUNERAL HOME
204-783-7211
Condolences may be sent to
www.thomsonfuneralchapel.com