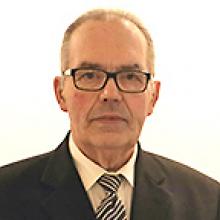 
He is survived by his wife and life companion Virginia, of 57 years and his three sons, Henrique (Lucille), Silvino (Cristina) and Daniel (Vania). He was the happiest when he was in the presence of his six grandchildren, Zachariah, Julina, Mateus, Tania, Liandro and Vasco. He also enjoyed visiting his last surviving sister, Conceiçao. José was predeceased by his brother Antonio, his sisters, Emilia and Maria, parents, Maria and Manuel.
José arrived in Canada 60 years ago on a cold January day as a young man looking for a better opportunity for his future family. It was supposed to be a temporary stay, but he ended up loving the country and its possibilities. He always gave it his all, from working for CNR, carrying bricks for construction, cooking as a line chef in Thompson or making fiberglass watercrafts and tanks. He arrived not knowing the language and with perseverance became a general manager.
José was also a very giving person, he helped many fellow immigrants settle in Winnipeg, he helped to establish cultural and religious events within the Portuguese community and tried hard to help those in need.
His greatest joy was spending time with his family. It could be a picnic in the park, a "matança", celebrating a birthday or doing renovations. What mattered was being together. There was nothing more special for him than our family dinners. Gathering around the table with his wife, his sons, his daughters-in-law and especially his grandchildren. It often did not stop there, whenever anyone dropped by they were welcomed. "Há sempre lugar para todos." José instilled in his sons the very important virtues of peace, love and charity.
We know José is in a good place. His undoubting faith is an inspiration for many. He devoted his life to serving the Lord. He was a proud parishioner of the Immaculate Conception Roman Catholic Church. As a member of the Knights of Columbus he supported many causes and missions and prepared many meals for the Immaculate Conception Soup Kitchen. He also enjoyed being a part of the cooking crew for the "Sopas do Espirito Santo". José founded the Winnipeg chapter of the "Romeiros"
A Prayer Vigil will be held on Thursday, January 13 at 7:00 p.m. in Cropo Funeral Chapel, 1442 Main St. Proof of being fully vaccinated will be required. A private Funeral Liturgy will be celebrated on Friday, January 14 at 1:00 p.m. in Immaculate Conception Parish, 181 Austin St. N. Interment to follow in Assumption Cemetery.
In lieu of flowers, donations may be made to the Heart & Stroke Foundation, 1379 Kenaston Blvd. , Winnipeg, R3P 2T5.