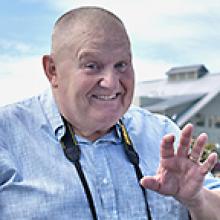 
It is with heavy hearts that we announce the sudden but peaceful passing of our husband, father and Papa.
Ivan was born to Walter and Elsie Jones in Winnipeg, MB.
He is survived by his wife of 54 years, Mary-Lou (Anton), brothers-in-law, David (Charlotte), Terry (Linda), his children, Paul (Erin) and Leigh Anne (Lowell), his special four legged companion Ruby Tuesday, his grandsons, Adrian (Clare), Brendon (Kate), Lowell Jr., Connor, Addison, Brayden, and Dyllen, his great- grandchildren, Lilly Anne, Ivan and Sloane.
He was predeceased by his parents, Walter and Elsie, siblings, Connie, Walter, William and Rita.
Mary-Lou and Ivan were married in 1967 with Paul and Leigh Anne arriving within the next four years. As a family they had many adventures in Winnipeg, St. Lazare, Rocanville, and Kenora. Many lifelong friendships and great memories were created in all of these places.
Ivan was very involved in his family and loved being the go-to patriarch for all of us. He will be leaving a very big void in all our lives and will be missed dearly.
A private family service was held per Ivan's request.
Ivan was very involved in volunteering with Manitoba Underdogs Rescue, earning the name Puppy Santa. In lieu of flowers, donations may be made to Manitoba Underdogs Rescue at: manitobaunderdogs.org