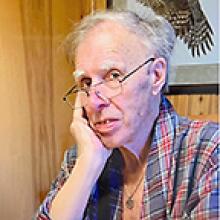 
After looking cancer straight in the eye the past three years, Gerald Clifford Jones passed away peacefully at home on Friday, December 31, 2021 with his family by his side.
Left to cherish their memories of this larger than life man are his wife Linda; daughter Lisa; son Patrick; grandsons, Blake and Graham; his sisters, Penny, Susan (Arthur Matrick) and niece Bryn Square and nephew Evan Matrick. He was predeceased by his parents, Cliff and Patricia Jones and brother-in-law David Square.
Gerry was born on July 21, 1945 on the Queen Charlotte Islands, where his father was stationed as a navigator for the RCAF. In 1946, the Jones family headed east and moved to Winnipeg and settled in Riverview, where Gerry attended preschool and spent most of his childhood skating at the outdoor rink and playing on the banks of the Red River. During his teenage years, the family relocated to River Heights where Kelvin high school became a huge part of his teenage life and living it to the fullest. After graduating from Kelvin, he attended Georgia Tech University and enrolled in the gas engineering faculty. The years spent in Atlanta, Georgia during the 60s were full of life changing moments and numerous funny and joyful stories that Gerry was always fond of sharing. In 1967, he returned to Winnipeg and started his career helping build a successful propane company with his father. Metro Propane provided many relationships and lifelong friends through the propane industry and business community. He served as PGAC president for three years. A special shout out to the men and women of the Lamplighter's Association where many late night and early foggy mornings were some of his favourite times and memories.
Gerry had two true passions in his life, one being photography where he loved to chase owls and ospreys. The other was watching his grandsons, Blake and Graham play hockey. He was a fixture at the local rink in Winnipeg with his arms crossed standing in his corner office behind the glass, subtlety cheering on his boys. They meant the world to him and most importantly, he made them feel that way. He treasured early mornings walking the beaches of Sanibel Island, Florida, where he was truly at peace. Another happy place for him was Victoria Beach, Manitoba, where he enjoyed spending time with friends and family.
Truth be told, Gerry was a crusty and ornery fellow, but his qualities were honesty, integrity and always doing the right thing.
His favorite quote… "Always tell the truth, that way you don't have to remember what you said."
Rest in peace G.
In lieu of flowers, if friends so desire, donations may be made to Siloam Mission, 300 Princess Street, Winnipeg, MB R3B 1M3.
No formal service will be held at this time. A gathering for family and friends will take place at a later date.