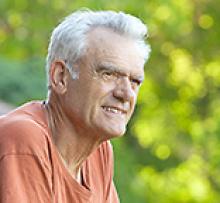 It is with heavy hearts that we announce the passing of our husband, father, and grandfather, Winston Penner, at age 81. Surrounded by family, he died resting peacefully in his family home, Friday, February 25th, 2022, after a recurrence of cancer.
He was born December 7th, 1940, in Steinbach, Manitoba. He was the ninth child (in a family of eleven children) born to David and Helen Penner of Landmark. In his younger years he worked on the family farm, went to school in Landmark, and also worked at the National Mills lumber camp, which was always a special time with his family.
Winston married his highschool sweetheart, Viola, in 1964. They began their married life in a tiny teacherage in Lenswood, Manitoba. They had no bathroom, and heated water in a kettle, carrying it in pails across a road to have baths in an old tin tub. But they upgraded - somewhat! - from there as Winston completed his teaching degree and held various teaching positions in places such as Lynn Lake, Prefontaine, The Pas, and Landmark. In terms of homes, their most notable "upgrade" occurred when Winston, together with Viola, built their rustic, country home in the mid-70s.
Their four children - Marjorie (1965), Beverly (1967), and their twins, Andrew and Alison (1971) - were born during Winston's teaching tenure. Then, in 1986, Winston transitioned into pastoral work, which has been his life-long passion.
While hundreds of his former students will remember his caring and kind teaching style, it will be his 35-years of pastoral work that will really be his lasting legacy. He never turned people away, showing genuine interest in everyone he crossed paths with. Besides founding and pastoring Landmark Christian Fellowship church for over 20 years, Winston invested the majority of his last ten years working for various missions such as Mennonite Disaster Services, Teen Challenge, and many other mission projects in places like Jamaica, Mexico, Ukraine, Germany, and the United States.
In his spare time Winston loved reading, golfing, painting, wood craft, spending time with his family, and, of course, cycling! In fact, starting in the 80's, Winston and Viola cycled all across Canada in various stages. Cycling was definitely one of his "trade-marks" and, even as his strength began to fail, he continued cycling into his 80's. We like to think God had a bike ready for him and he is even now cycling the streets of gold!
Winston is survived by his loving wife, Viola (nee Plett), his four children and their spouses: Marjorie Toews (husband Rick), Beverly Braun (husband Calvin), Andrew Penner (wife Dawn), and Alison Neufeld (husband Dave). He is also survived by his 16 grandchildren. He was predeceased by his parents, two brothers, and four sisters.
The viewing will be held on Thursday, March 3, 2022, from 6:30 p.m. to 7:30 p.m. followed by a short service at the Heartland Community Church, Landmark, MB.
The Funeral service will be held on Friday, March 4, 2022, at 2:00 p.m. at the Heartland Community Church, Landmark, MB., followed by the interment at Prairie Rose EMC Cemetery.