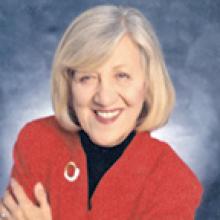 
Our beloved mother, Justina R. Giesbrecht, passed peacefully in her home on Saturday, April 9, 2022.
She is survived by her children, Alan and Kathy; grandchildren, Lindsay (Joey) and Bryan (Parvin); four great-grandchildren; sister Helen Loewen and daughter-in-law Christine Giesbrecht.
She was predeceased by her beloved husband of 65 years, Abram; her son Gary and daughter-in-law Judie (Alan); her parents; two brothers, Cornie and Jake; two brothers-in-law; two sisters-in-law and recently her younger sister Doris Friesen.
Born in Winkler in 1932, to Cornelius and Marguerite Hiebert, mom was raised in Steinbach. At the age of 19, she left home and married her handsome soldier boy, Abe, and followed him to his postings in western Canada. After relocating to Winnipeg, she started her family with Abram (Abe) and re-entered the work force as a nurse's aide at the Winnipeg General Hospital (HSC). It is at this time that her natural organizational talents and her youthful experience working in her father's store came to the forefront. She quickly became a ward clerk, well respected by all HSC medical staff and then became a supplies clerk. Her superior skills and talent earned her a position created specifically for her as the chief supplies clerk of the HSC. But mom was no ordinary hospital clerk. As well as advancing in her job, she quickly became involved with hospital unions - CUPE. She, along with some of her co-workers, courageously organized union locals in the HSC and further campaigned for female employee's right to "equal pay for equal work."
During her 32 years at the HSC, Jessie and Abe also devotedly raised their three children. They were a great team, keeping all lovingly cared for and raised up in an atmosphere of respect for learning, personal development and social justice; and for just plain fun and enjoyment of life.
In her later years, she also dearly loved her grandchildren who were a great source of joy for her.
Mom's great gift and her legacy was her courageous involvement in the world to make it a better place. This she passed on to her children, grandchildren and to others in her community. The way mom lived her life was also her gift to us; she was eager to learn, try things out, adventure, experiment and she did so in a manner true to herself. For the sheer joy of doing it.
We, her family, miss her dearly and the world will miss a brilliant shining light.
On behalf of the family, we thank all the caregivers, those members of our extended family, friends and WRHA homecare workers who looked after mom in her infirmity. Bless you and keep you.
In lieu of flowers, a donation to the Winnipeg Folk Festival would honour Justina's memory.
Funeral service will be held Tuesday, April 19, 2022 at 7:30 p.m. at Friends Funeral Service, 2146 Main Street, with viewing prior to the service, beginning at 6:30 p.m. Interment in Sage Creek Cemetery.
The family requests that masks be worn to the service.