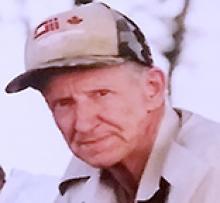 PETER F. BERG September 21, 1936 - April 24, 2022 Peter F. Berg, of Steinbach, MB, passed away on April 24, 2022, at the age of 85. Dad is survived by his loving wife of 55 years, Katherina (Tina) Berg, nine children, Peter (Netta) Berg, Bill (Angela) Berg, Connie (Mark) Brown, Caroline (João) Holowka, Helena Berg, Henry (Brenna) Berg, Danny (Beth) Berg, Cathy (Dustin) Brown, and Jon Berg, and their families. Dad was born September 21, 1936, near Morris, and moved to Mexico at age 11. He would reminisce about life in Mexico, where he often saw himself as a cowboy on his horse. Moving back to Canada at age 27, he ended up in Winkler where it didn't take him long to notice the Friesen girls across the street, and one special one whom we now call Mom. Dad and Mom initially settled down in Winnipeg, but soon moved to Ontario with his parents for a few years before returning to Winnipeg. He worked as a welder for most of his career. In time they moved on to Niverville, then Mitchell, and lastly to Steinbach. Dad was a quiet, gentle man, content to stay out of the limelight, but when grandchildren came along he livened up as he realized how much fun it was to tease each one that came along! Dad was baptized upon the confession of his faith in Mexico and raised his family by taking them to church. He was a man of peace who loved the Lord and lived out his faith in a quiet way. 2 Timothy 2:24 described him well, "And the servant of the Lord must not strive; but be gentle unto all men..." As Dad neared the end of his life, he referred to dreams of heaven and of seeing the Lord. When someone told him not long before his passing that Jesus would come soon, Dad replied, "He's already here". He had a quiet confidence in the Lord's abiding presence with him. We would like to thank Dr. Kornelsen, and the home care and hospital staff for their compassionate care, and Pastors John Schroeder and Herb Unrau for their support in this time. We especially thank the Lord for the many years that He lent Dad to us. The come & go viewing will be held on Friday, April 29, 2022, from 7:00 to 8:00 p.m. at Birchwood Funeral Chapel, Steinbach, MB. The public funeral service will be held on Saturday, April 30, 2022, at 2:00 p.m. at the New Bothwell Sommerfeld Mennonite Church, followed by the burial at the church cemetery.