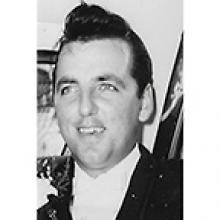 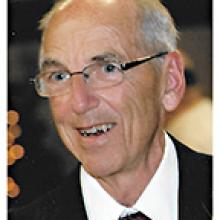 
The heart of their family has departed. Husband, father, father–in–law, grandfather (Gido), brother and friend, Len, passed away in the evening of Friday, July 29, 2022 at the Health Sciences Centre.
His memory will be cherished by his wife Vicki; his son Michael; daughter Shannon and her husband Mark and son Scott and those who always brought a gleaming light in his eye, his granddaughter, Mackenzie (Jordan) and his grandson Cole. He is also survived by siblings, Steven (Martha) Lazaruk and Stephanie Zapski; brothers-in-law, Eugene Hnatuk and Terry Hnatuk (Kim); and sisters-in-law, Pat Hnatuk, Mary Anne Henkel and Phyllis Hnatuk. Also remembering their uncle and great-uncle are numerous nieces and nephews.
Len was predeceased by parents, Mike and Jean (Fiel); in-laws, Peter and Margaret (Shewchuk) Hnatuk; brothers-in-law, Ron Zapski and Don Hnatuk.
Len and Vicki were introduced by his cousin Susan Duncan (Yanyk) at the curling rink in Sandy Lake in early 1965 and they were married in Oakburn on July 30, 1966.
They were blessed with their first child Michael Sean, born May 10, 1969 in Winnipeg. A promotion to branch manager with Niagara Finance had the family on the move across the prairies and on March 14, 1971, daughter Shannon Leigh was born in Swift Current, Saskatchewan. Another move brought the family to Red Deer, Alberta, where Scott Christopher was born on January 16, 1973. With the family complete, a transfer back to the Winnipeg office and the purchase of their first home enabled them to be closer to parents and grandparents.
Over the next several years, the kids grew and life got full of their extracurricular events and activities like Scouts, Brownies, baseball, soccer, hockey and ringette. Many lifelong friendships were formed during this time, including Len and Vicki's "hockey/Valley Gardens family," several couples who they still saw often. It was during this time that Len's interest in health and fitness grew, from daily walks several miles outdoors, through sun, rain and snow, evolving into attending the gym daily. You could find Len at Iron Works and when they closed, Shapes and most recently Planet Fitness, often twice a day doing cardio, lifting weights and basically talking to everyone! After he passed, a friend said "Len was such a great character. I recall admiring him at the gym before I even knew who he was. He remembered everything about you and cared so much about other people. Everyone loved chatting with him, everyone knew him."
Len became a grandpa for the first time two weeks before he turned 50. Many say this mellowed him and it wasn't long before Mackenzie had Gido wrapped around her little finger. Gido would spend hours with Kenzie, taking her to the park, swimming at the pool, or building sand castles with her on the beach at the Oasis.
Len was very proud of his three children and would often be heard telling others of their successes as their careers developed in the public service, Michael and Shannon in their respective departments in the federal government and Scott with the province of Manitoba.
Len was blessed with grandson Cole ten years after Mackenzie arrived. Once again, the doting Gido spent many hours with Cole as a toddler, at the park and in the neighbourhood, playing soccer, street hockey and mantracker.
Settling into retirement, Len continued to attend the gym twice daily. He and Vicki often travelled in and out of province and country to watch Cole play hockey, to visit with family in St. Catharines, Ontario and Biggar, Saskatchewan and old friends in Swift Current and Regina. A memorable trip for Len occurred when he, Michael and Scott were able to catch a couple of Blue Jays games in Toronto on a Father's Day weekend. While chronic illness slowed him down, it did not stop him. In 2016, Len and Vicki celebrated their 50th anniversary, with friends and family attending from near and far. Len passed away one day before his and Vicki's 56th anniversary.
Len so loved for family and friends to get together for holidays, birthdays and family dinners, but those when Michael visited from aboard were especially dear to him and Shannon and Mark were always gracious hosts.
The family is most grateful to the team from CancerCare, Dr. James Johnston, who over the years became Len's friend, nurse practitioner Irena Hiebert and Dr. Kakamanu as well as Dr. Sasha Thiem; Dr. Anthony Kaufman and the staff at St. Boniface, the MRI Centre and HSC.
Len was thoughtful of others, kind and generous. He was loved and will be missed.
In keeping with Len's wishes, cremation has occurred and there will be no formal service.
In lieu of flowers, donations can be sent to CancerCare Manitoba.


Condolences for the family may be left at www.alternacremation.ca


It is with sadness that the family announces the passing of Len Lazaruk on July 29, 2022 at the age of 79. Longer obituary to follow.
Condolences for the family may be left at www.alternacremation.ca