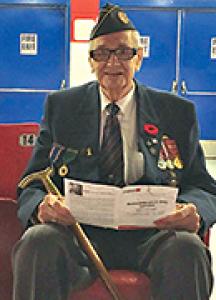 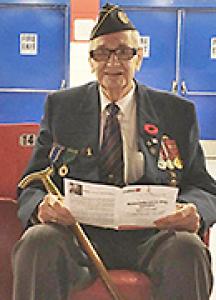 DUNHAM: Albert "Bert" Mervin. It is with heavy hearts Shyril (Paul) and Allan (Margaret) announce the passing of their dear father, Bert, on Sunday, July 31, 2022 at the Brandon Regional Health Centre. Bert was a very proud grandpa to Alex (Ranae) and Ashley (Sam), and Papa to Damion and Annabella. He also leaves to mourn his sister Betty Hines. Dad was born in Foxwarren, MB on April 13, 1932, to Mervin and Jennie Dunham. He loved swimming in the dugouts, playing hockey with his buddies and like most boys getting into mischief around town. One of Dad's chores on Saturdays was to make sure he took the radio battery down to the garage to get it charged so they could listen to Saturday night hockey where he hoped the Toronto Maple Leaf's would beat the Montreal Canadians. Dad joined the Royal Canadian Air Force on August 2, 1951, serving under His and Her Majesties until October 16, 1975. His military career started as an Aero Engine Technician and later a Flight Engineer. He served in Penhold, AB, Winnipeg, MB, 2 Fighter Wing in France, Portage la Prairie, MB and last posting to Cold Lake, AB. After his military career, Dad worked at various jobs, K-Mart, Modern Dairies, Royal Canadian Legion and Assiniboine Community College. Mom and Dad had many adventures as they toured France, England, Scotland, and many other European countries. After Mom's (Sally) passing in 1994, Dad spent most of his summers traveling in his 5th wheel and found a summer place to park his trailer at Killarney Lake. Dad was our little energizer bunny. He developed a few different cancers over his years, which he fought hard and beat. Dad battled hard with Lung Cancer right to the very end. Dad always told us he was so fortunate to have gone places and seen things most people could only dream of, and he had no regrets on how he lived his life. The only demand Dad had of us was to make sure no matter how small our family traditions were, to make sure they are continued and go on with our lives until we all meet again. As a family we would like to thank all who were sources of strength for us during this sad time. The Celebration of Bert's Life was held at the A.N.A.F., on Friday, August 12, 2022, with Padre David Wilson officiating. Donations in memory of Bert may be made to the Western Manitoba Cancer Centre, c/o BRHC Foundation, 150 McTavish Avenue East, Brandon, MB R7A 2B3 or the A.N.A.F., 31 – 14th Street, Brandon, MB R7A 6R2.