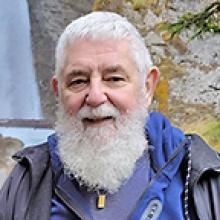 
It is with heavy hearts we announce the passing of an amazing man, Dan Newell, after a brave and lengthy fight with cancer.
Dan will be remembered by many for his sense of humour and his deep love of his family and friends. He always brought joy to any gathering.
Dan had a successful career in IT, but he always found so much joy and relaxation in his daily 10 km. walks through local parks. His passion was his love of woodworking that he learnt from his grandfather and from his close friend, Dunc. His projects and designs brought him great pride.
Dan's greatest joy was his daughter Miranda and the strong bond they shared. They would talk daily about their lives, struggles and the future. He was a very proud father of the strong successful woman she is.
Dan also had a close and loving relationship and will be missed by his granddaughter Alysia (Bryton), stepchildren, Kelly, Kim (Craig), Kevin (Hannah) and grandchildren, Cole (Michaela), Mack (Ella) and Ethan and great-grandchildren, Kylen and Myla. Family meant the world to Dan and he was always willing to show support to them in whatever they took on.
He also leaves to mourn his sister Peggy and brother-in-law Kevin and their family in Thunder Bay who he visited often. Dan's brother Wayne (Maribelle) lives in Honduras but was stranded in Winnipeg for over 16 months due to Covid restrictions, and during that time the brothers became best friends.
He also leaves a huge hole in the life of his loving wife Lynn. Side by side they formed a strong bond for 20 years that saw them through many happy fun filled times as well as the daily struggles he faced living with cancer. He is my hero.
Dan had a large group of very close friends that he loved to spend time with cracking jokes, enjoying the challenge of trying to win at the Army & Navy meat draws, and giving people a hard time who did win. Dan and Lynn also travelled, curled, and played billiards with friends. His presence will be missed by many.
The family would like to express their gratitude to the staff at GH4 at Health Sciences Centre for the care they gave Dan throughout his last days and to the compassion they showed to him by permitting his family and friends to frequently visit with him right till the end. It made a huge difference not only to Dan's comfort but to ours.
Although his light has gone out his strong legacy will carry on in our hearts and memories.
Dan did not want a funeral but there will be a celebration of his life at a later date.