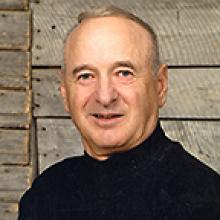 
It is with saddened hearts that we announce the sudden passing of Edgar Desrochers, of Winnipeg, MB, at the age of 83 years.
He is survived by his loving wife Velma (nee Buydens), his children, Lianne (Richard) Picton, Marc (Lise) Desrochers and Dean (Jenn) Desrochers; grandchildren, Dylan (Jessica), Logan (Alixe), Taryn, Ariel, Neiva, Jett, Reeve, Van and great-grandchild Maëlle; his siblings, Flora Poirier (John), Tony (Germaine), Cecile Labossiere (Norbert), Lucien (Terry) and Clement (Marilyn) and in-laws, Eddie Goderis, Cecile Desrochers and Laurent Girouard.
He was predeceased by his parents, Israel and Celende Desrochers, brothers, Guy and Thomas, sisters, Rita and Marie-Ange, parents-in-law, Victor and Suzanne Buydens, and sister-in-law Rita Goderis.
Edgar was born in Mariapolis, MB on May 19, 1939. As a young boy, Edgar attended school in Mariapolis and Bruxelles and completed his grade 9 before quitting school and going to work on the family farm with his mom, dad and brothers. In 1962 Edgar married Velma Buydens, a young lady from Swan Lake and together they purchased their own land and called it Norquay Farm after the small country school that once occupied the section. He resided there and continued to farm for 40 years until his retirement to Oak Bluff in 1998.
Edgar was a hard worker who took great pride in his farm, yard and machinery. His motivation for farming was not only to provide a living for his family, but also knowing that he was growing food to feed others. He was a patient teacher when working with his kids, always directing in a way that taught a lesson yet had an element of fun built in. He was also a dedicated community member, donating many hours over his lifetime to the church, rink, town of Swan Lake, and any neighbour who needed a helping hand.
Edgar loved classic cars, woodworking, and listening to as well as playing music. He enjoyed socializing with friends and family, and always enjoyed a joke and a hearty laugh, especially when there was an element of mischief involved. The true highlight of his life were his grandchildren, including the newest member, his first great-grandchild, Maëlle. They were all a constant source of happiness and pride.
In lieu of flowers, donations may be made to the Canadian Mental Health Association, Manitoba and Winnipeg https://mbwpg.cmha.ca/


"Lord Have Mercy on the Working Man"