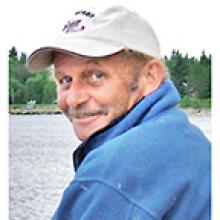 
It is with deep regret we announce the passing of Frode Pur Andersen, on July 31, 2022 at his home in Finns, Manitoba.
He will be forever loved and missed by his wife Tamara Hurst; his daughter Britta and husband Caleb and children, Easton and Vala; daughter Amber and son Devin; his sister Ragnhild, her children and grandchild; sister Hanne and brother Leo and sister-in-law Pia and their children and good friend Erik who all reside in Denmark; his father-in-law Wayne Gislason; in-laws, Tannis and Grant and family, Tracey and David and family and Wes and Nadine and family.
Frode was predeceased by his parents, Dora and Jens Andersen; Tamara's mother Alice Gislason and sincerely missed friend Lawrence Einarson.
Frode was born on March 16, 1957 in Aarhus, Denmark and grew up in Hasselager, where he was influenced by his father's greenhouses. Frode always had an entrepreneurial spirit and worked on side businesses, like growing and selling Brussels sprouts when he was young. He also worked hard in construction with Jens, building houses. However, the pull to Agriculture College was great and he graduated as an educated farmer in Denmark.
Frode pursued adventure in his early 20s, travelling around the world with friends. He filled his passport with stamps from Egypt, Thailand, Malaysia and the Philippines, just to name a few.
In 1977-78, with the International Agricultural Exchange Association, he was a trainee in Australia and Canada, learning various farming techniques. He returned home to Denmark, working construction as a welder, machinery operator and home builder. In the meantime, he decided to emigrate to Canada, his new chosen home.
Upon returning to Canada in 1981 and with the help of Allan Chambers, Frode settled in Arnes to pursue his love of farming. He realized his dream of purchasing a home and farm in Finns. Common sense, hard work and determination helped him develop his own farming business, raising wheat, oilseed, alfalfa and eventually strawberries. He was also proud to receive Canadian citizenship in 1992.
Frode was an amazing person. He socialized with many people and neighbours through the years, which resulted in lifelong friendships. He especially loved curling. An avid curler and talented skip for many, Frode could read the ice skillfully and enjoyed watching curling every winter.
In 2003, Frode and Tamara formed a relationship while working on his strawberry patch. He embraced Britta, Amber and Devin wholeheartedly. Frode was a thoughtful, loving and even-tempered man. These qualities were apparent in his family, social life and work ethic. He never had a strong word or action; it was always support and guidance.
Frode strongly believed in giving young people opportunities for work and loved teaching through mentorship. He enjoyed sharing his farming knowledge with those who worked alongside him.
For the last seven years, Frode was a counsellor for the Bifrost-Riverton municipality. He worked for the betterment of the area, again with a common-sense approach to all situations and problem-solving.


That was our Frode, morfar.
Elsket og savnet. Hvil i fred Frode.
(Loved and missed) (Rest in peace Frode)


All are welcome to a Celebration of Life that will be held at 2:00 p.m. on Thursday, August 18, 2022 at the Arnes Community Hall. Lunch and fellowship to follow with a private interment at the Arnes Cemetery afterwards.
In lieu of flowers, donations can be made to one's choice in Frode's memory.